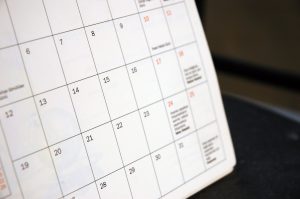 In Commonwealth v. Pearson, the Appeals Court affirmed the denial of the defendant’s motion for receipt of “jail credits for overlapping periods of pretrial detention on … separate cases brought in” Norfolk and Middlesex Counties.  The Appeals Court opined that the cases “were not related for purposes of applying jail credits.”

In its decision affirming the denial of the defendant’s motion to correct the mittimus, the Appeals Court noted that pursuant to G.L. c.279, §33A, “a defendant is entitled to credit for time spent awaiting trial on an offense. However, a defendant is not entitled to jail credit for time spent awaiting trial if he is already serving a committed sentence for unrelated offenses…. A defendant in custody awaiting trial on multiple unrelated cases is entitled to apply the jail credit to only one case; however, a judge has discretion to award jail credit to multiple cases upon a timely request…. The key consideration in this analysis is fairness to the defendant.” In the Court’s view, “[t]his case hinge[d] on whether the Norfolk and Middlesex [prosecutions were] related for purposes of applying jail credits.” “The defendant contend[ed] that the [two prosecutions] were related because they stemmed from a ‘crime spree’ that involved a common scheme, and thus he was entitled, as a matter of law, to have the [Norfolk] jail credits applied to the Middlesex case, too.” The Court concluded that “the Norfolk and Middlesex cases were not related for purposes of applying jail credits.” “[T]he [defendant’s] convictions did not involve a single occurrence or arise out of the same incident. Instead, the defendant’s conduct involved discrete burglaries on different days, at different homes, in different cities and towns, and with different victims…. Furthermore, the defendant cites no authority for the proposition that the house breaks and thefts were related for purposes of awarding jail credits because they involved a similar scheme and occurred over a two-week period.”

In the event you or a loved one has been convicted of a crime and sentenced to a period of incarceration, the issue of jail credits is a critical one.  While jail credits may be a straightforward calculation in some cases, where a defendant has been sentenced on multiple dockets, is facing a probation violation and a new case, or receives sentences in different counties, he or she may face similar concerns to those raised in this case.  Attorney Daniel Cappetta works hard to make sure his clients obtain the best outcome possible – whether that is in relation to litigating an open case, fighting to make sure his clients obtain the jail credits they deserve, or arguing issues on appeal. Put his skill and experience to use for you and call him today for a free consultation.