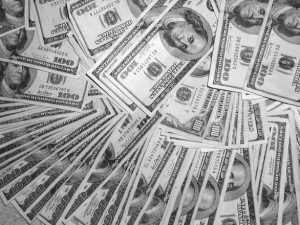 The background was as follows. In 2010, the defendant pleaded guilty to two counts of distribution of cocaine and was sentenced to a term of incarceration. “In addition, he paid a drug analysis fee of $150, which was imposed pursuant to G.L. c.280, §6B. [Subsequently,] [h]e filed a motion for a new trial, seeking to withdraw his guilty plea due to the misconduct of Sonja Farak, a [state laboratory] chemist … who analyzed the substances seized in his case…. That motion was initially denied, but ultimately, after the defendant was released at the end of his sentence, the indictments were dismissed with prejudice on the Commonwealth’s motion. The defendant thereafter filed a motion seeking a refund of fees associated with the vacated convictions, namely, the drug analysis fee and certain fees incurred on the inmate account he was obligated to maintain while he was incarcerated. See G.L. c.124, §1(u).” The motion was denied and the defendant appealed.

In its decision, the SJC stated “that the same due process principles that underlie our decision in [Commonwealth v. Martinez, 480 Mass. 777 (2018)] … require a refund of the [defendant’s] drug analysis fee.” “The overriding principle is that where a defendant has been ordered to make a payment because of a conviction, the invalidation of that conviction erases the State’s claim to that payment, and any amount paid must be restored to the defendant as a matter of due process’ (emphasis added). Martinez[] at 785.” Regarding the defendant’s motion for a refund of his inmate account fees, the SJC ruled that “neither [G.L. c.278, §14, which pertains to the refunding of account fees,] nor due process requires that those fees be refunded.” The Court explained that the statute only applies to “individuals in pretrial status who are eventually released without having been found guilty of any offense. The statute does not apply to those who, like the defendant here, were convicted of one or more offenses” and were serving their sentences when the fees were incurred. Moreover, “the defendant is not entitled to a refund of the [inmate] account … fees” “[u]nder the [due process] principles set forth in Martinez and Nelson [v. Colorado, 137 S.Ct. 1249 (2017)].” “Unlike probation fees, victim-witness assessments, restitution, and fines paid as penalties, the fees at issue here were not ordered solely as a consequence of the defendant’s convictions, but [were] withdrawn from his inmate account in connection with certain financial transactions. [The fees] cannot fairly be said to be part of the penalty imposed by the court as a punishment for the offenses of which the defendant was convicted. Moreover, like monies that are subject to civil forfeiture, the fees were imposed by a process outside the scope of the criminal proceeding. We conclude that these fees were not exacted from the defendant upon conviction and solely as a consequence of his convictions. The defendant is therefore not entitled to have them refunded.”

If you or a loved one was impacted by Sonia Farak’s misconduct, you may be eligible for a refund of fees, fines, or other assessments.  You will need an attorney familiar with the developments in the case law to make sure that you are made whole again.  Attorney Daniel Cappetta is such an attorney – he is well versed in drug lab issues and has worked hard to make sure that his clients that have been wronged in the drug lab scandals receive the outcome and compensation they deserve. Contact him for a free consultation today.