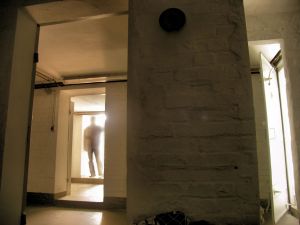 Although allegations of domestic violence are quite serious, there appear to be some significant issues with the Commonwealth’s case. According to the article, on the day of the alleged assault, the girlfriend actually broke into the man’s home, damaged his motorcycle, and threatened both the man and his roommate with a knife. The man then reported the break-in to the police, and it was only several days after he made his report that the girlfriend claimed that he had assaulted her. Specifically, the girlfriend claimed that she had gone to the man’s house to get her laptop and that he attempted to strangle her. She then claimed that she went into hiding for a few days before going to the police. The man’s boss, however, saw the girlfriend come to the man’s work to speak with him during the period she was supposedly in hiding, contradicting her explanation for the delayed reporting. Given the fact that the girlfriend had a motive to fabricate the assault in order to punish the man for reporting the break-in, in conjunction with the fact that there are several witnesses – the roommate and boss – who will undermine various pieces of the girlfriend’s story, the man appears to have a strong argument that the girlfriend is lying.

In addition to these issues, the Commonwealth faces another hurdle in proving its case. At the time the girlfriend made her report to the police, she apparently had a number of warrants out for her arrest, including a 2009 warrant out of Natick for assault and battery, a 2007 shoplifting warrant out of Framingham for shoplifting, and an Immigration and Customs Enforcement warrant. Although the girlfriend was not charged in relation to the alleged break-in, she was held on the warrants. Given the fact that she may ultimately end up in ICE custody and possibly deported, the Commonwealth will also face the added burden of physically getting her into court to testify against the man.

Even though the man may have a strong claim that the girlfriend is lying, he must still face the extremely stressful situation of being charged in a serious criminal matter. He will need a skilled attorney who can make sure that the weaknesses in the Commonwealth’s case are exposed and exploited. If you or a loved one has been falsely accused, you will need an attorney who can do the same. Attorney Daniel Cappetta is such an attorney. Call him today for a free consultation.