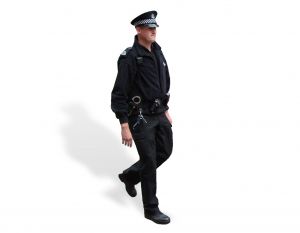 An Ashland police sergeant was recently indicted in Middlesex Superior Court after he allegedly destroyed drugs in an open 2011 case, and then allegedly tried to intimidate a fellow officer who reported it. The sergeant was specifically charged with two counts of obstruction of justice and one count of wanton destruction of evidence.

According to an article in the MetroWest Daily News, a woman charged with an OUI in 2012 is now seeking the sergeant’s personnel file as part of her defense. The woman crashed her car in Ashland in 2012 and was reportedly under the influence of alcohol at the time of the collision. The sergeant investigated the case. The woman filed a motion seeking the sergeant’s internal affairs reports, arguing that the records are relevant to his reputation for truth and veracity. The town of Ashland, however, has objected to the request, arguing that public records laws protect against disclosure of the information, and claiming that the records have nothing to do with the woman’s case and do not contain exculpatory information.

Under Rule 17 of the Massachusetts Rules of Criminal Procedure, a party may file a motion seeking third party records (i.e., records that are not in the custody of either the Commonwealth or the defendant). The standard for obtaining such records, however, is not whether they definitively contain exculpatory information. Rather, under the rule, the moving party must show that: (1) the records are relevant (i.e., tending to make a fact in the case more or less likely to be true); (2) the records are not otherwise procurable in advance of trial; (3) the party cannot properly prepare for trial without the records; and (4) the request for the records is made in good faith and is not intended as a general fishing expedition.

Despite the town’s arguments, case law states that a witness’ credibility and reputation for veracity are always relevant. Given the criminal allegations against the sergeant, there is substantial grounds to suggest he was more than willing to not only violate his responsibilities as a police officer, but also to violate the law in order to get an outcome that he desired. His alleged conduct in relation to the 2011 case calls into question his conduct and investigation in other cases. Further, the woman’s request appears to meet the other requirements under the rule – the town is refusing to hand the records over, making it impossible for her to obtain them before trial, and the records bear directly on the credibility of the sergeant and the way in which he handles evidence. Lastly, the request appears to made in good faith – this is not a situation where an officer has had an exemplary record and defendant is trying to dig up some dirt without any real reason to believe it actually exists. To the contrary, the sergeant has already been indicted on these charges, and therefore, the woman appears to have a good faith basis to seek any and all documentation of this behavior, as well as any other conduct indicating that the sergeant is willing to lie.

A hearing on the woman’s motion is scheduled for January.

If you or a loved one is facing charges filed by an officer of questionable credibility, you will need a defense attorney who is ready, willing, and able to challenge the officer and make sure that any and all biases or misconduct are exposed. Attorney Daniel Cappetta fights hard for all of his clients and is not afraid to stand up to the police. Call him today to find out more about how he can help you.