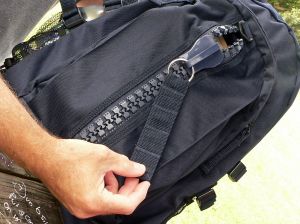 A number of different news outlets have reported that a 25 year-old man was stopped near the Boston Marathon finish line due to his suspicious behavior on April 15th, 2014, the one year anniversary of the Boston Marathon bombings.  According to the various news reports, passers-by told a police officer that they saw the man acting strangely, including walking barefoot down the middle of a street, veiled in black, in the rain.  The man was carrying a backpack and was also reportedly yelling “Boston Strong.”  When officers approached him and asked him what was in the backpack, he stated that he had a “non-explosive rice cooker,” which is the same type of device used to execute last year’s bombings.  Police determined that the bag’s contents were not explosive – in fact the rice cooker contained confetti.  In an abundance of caution, however, the police chose to destroy the backpack.  A second “suspicious” backpack also was found in the area.  Although reports originally indicated that both backpacks were left by the man, officers had actually determined that the second bag had been left behind by a reporter and was not dangerous.  It too was destroyed.

As the story broke, it came to light that the man has a lengthy history of bi-polar disorder and was off his medication.  He was reportedly on his way to an art performance of some kind when he was observed by the officers and stopped.  As a result of his conduct, the man was arraigned in the Boston Municipal Municipal Court on charges of threats, possession of a hoax explosive device, disturbing the peace, disturbing a public assembly, and disorderly conduct.

While everyone’s nerves are understandably on edge as the 2014 Marathon approaches, and the man’s conduct was legitimately concerning, it’s questionable as to whether the Commonwealth will be able to make the criminal charges against him stick.  One issue is whether the man was too mentally ill to be able to appreciate the nature of his conduct and therefore whether he could even form the requisite criminal intent.  As a result of this question, he could raise a lack of criminal responsibility defense.  Although such a defense is historically difficult to present, given the man’s history of mental illness and his undeniably odd conduct, it’s possible that he may succeed in doing so.

END_OF_DOCUMENT_TOKEN_TO_BE_REPLACED 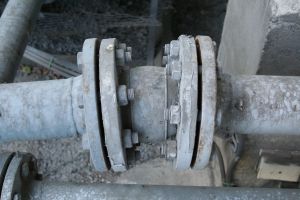 The Brockton Enterprise reports on an arrest of a man yesterday in Raynham, Massachusetts.  The man was arrested for allegedly having a hoax bomb device in his possession.

Apparently the trouble for the man all started when police thought he was a “suspicious person” because he was sitting in parked motor vehicle outside of a condominium complex at 3:30am. Police claim that when they approached the man’s car they could see items commonly used in the manufacturing of pipe bombs in plain view. The article is unclear as to what happened next, but according police, some “further investigation” was conducted and the man was arrested for possession of a hoax device as well as disorderly conduct and disturbing the peace.

Although the article is short on details, this case certainly looks like there are host of potential defenses for the man. First and foremost a challenge may be in order to the search police conducted of the man’s car. The article states the police considered the man a “suspicious person”, but offers no details as to why police thought he was suspicious. In order for the police search of the man’s car to be upheld by the court, prosecutors will need to show more than the fact that he was sitting in a car in a parking lot at 3:30am.

The police claim that the man had items commonly used in the manufacturing of pipe bombs in plain view when they approached him. More information is needed to determine if those observations will stand up under court scrutiny. Pipe bombs are by nature improvised explosive devices. They are constructed using piping that would be available to any contracter, or even any homeowner who is engaged in do it yourself home improvement. If the “items commonly used in the manufacturing of pipe bombs” turns out to be nothing more than ordinary household or commercial piping the search of the man’s vehicle may be declared unconstitutional, and any evidence resulting from the search could be thrown out.

Even if prosecutors are able to prevent suppression of the evidence they may have additional problems in proving a case against the man. The “hoax device” law that is being used to charge the man is Massachusetts General Laws chapter 266 section 102. The statute makes it clear that possession of a hoax device is a serious offense. The charge is a felony, and if convicted, a defendant can be sentenced to a maximum of 5 years in state prison.

The statute also makes it clear that in order to convict a defendant under this section the prosecutor must prove not only that a person possessed a hoax device, but that he or she possessed it with the intent the device will “be used to cause anxiety, unrest, fear or personal discomfort to any person or group of persons”. In order for prosecutors to prove that the man is guilty they will need to show that he intended to use the item in his possession to scare others or cause alarm to a specific person. Since the article indicates the items found were inside the man’s car, and he did not appear to be attempting to use them in any fashion, unless there is additional evidence not published in the article, it will be difficult for prosecutors to show he intended to do anything with the items police believed were a hoax device.