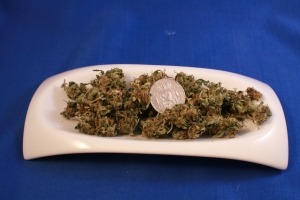 Four teens were arrested this Tuesday in Framingham for possession of marijuana with intent to distribute and conspiracy to violate Massachusetts’s drug laws. Three of the teens arrested were over 17 and charges were filed in District Court. A 16-year-old teen from Framingham was also arrested and will face charges in the Juvenile Court.

Police allegedly stopped the Toyota one of the boys was driving on Nicholas Road for illegally passing another car. Upon speaking to the driver, police allegedly smelled marijuana and saw what appeared to be an ax in the vehicle. Police ordered all four people out of the car. However, what the police thought to be an ax was a pipe. Police spokesman Brandolini alleges he then found multiple containers of marijuana in the vehicle, equally about 2.5 ounces of marijuana, as well as a digital scale.

Two of the boys pleaded not guilty to their charges in Framingham District Court on Tuesday, August 28. They were released without bail and are due back in court on Oct. 12 for a pretrial conference. The 16-year-old was scheduled to be arraigned in Framingham Juvenile Court. The results of juvenile court hearings are not public. You can read more about the arrest here.

The four teens have been charged with possession with intent to distribute. This charge is commonly used to prosecute someone the police suspect of dealing drugs. Although there is no mandatory jail sentence with this charge, a prosecutor is more likely to seek jail time on this charge than on just a possession charge. Possession with intent to distribute differs from the heavier charge of trafficking. In order to prove that the teens in this case were trafficking marijuana, the police would need to prove that the amount of marijuana they possessed was in excess of 50 pounds.

Though this may appear to be a strong case against the teens, much could ride on what occurred during the traffic stop. There are many rules governing what police may and may not do in regard to traffic stops, including when police can stop a car and when police may or may not search a car. The police allege that they pulled the car over after witnessing it illegally pass another car; if this statement is true, the police likely had probable cause to stop the car. However, that does not give them an unlimited ability to search the car. Police are allowed to look for weapons when they search the car so if the police thought that the pipe was an ax, he is allowed to further inspect to insure his own safety. In this case some of the marijuana seems to have been in plain sight, which would likely not pose an issue because police are allowed to do a plain view search when they stop a car; however, the article states that some of the marijuana was found in a black bag. Since the police allege that they smelled marijuana when they stopped the car, and they allege that some of the marijuana was in plain sight, they may have had probable cause to open the black bag. Whether or not the police executed an acceptable search of the car remains to be seen. If the police overstepped their bounds, the teens may be able to get some or all of the evidence against them suppressed.

Someone charged with possession with intent to distribute and conspiracy is facing possible jail time and needs an experienced criminal defense attorney to protect his or her freedom and record. Call me at (508) 762-4540 or contact me online if you are facing charges. I can answer questions in a free consultation and help guide you and figure out your situation.