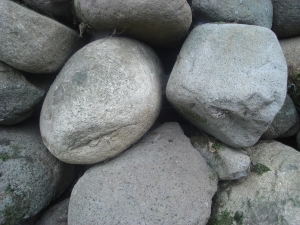 Despite the fact that the other man had some injuries, the defendant appears to have a strong argument that he was merely defending himself. To establish a claim of self-defense, the defendant would have to offer some evidence that he had a reasonable belief that his physical safety was in immediate danger – specifically he would have to show that he reasonably believed that he was being attacked, or was immediately about to be attacked. Given the fact that the defendant and the other man were fighting each other, it seems likely that the defendant will be able to establish that he reasonably believed that his physical safety was in danger.

Once the defendant offers this evidence, the Commonwealth would then have to demonstrate one of the following beyond a reasonable doubt: that the defendant (1) did not reasonably believe that he was being attacked or was immediately about to be attacked, and that his safety was in immediate danger; (2) did not do everything reasonable in the circumstances to avoid physical combat before resorting to force; or (3) used more force to defend himself than was reasonably necessary in the circumstances. Again, given the fact that this was a mutual fight, the defendant appears to have a strong argument that he was acting reasonably and without excessive force when he hit the other man with the rock.

In addition to this potential defense, the other man may have a 5th Amendment privilege against self-incrimination. Such a privilege means that if the other man’s testimony could result in him incriminating himself (and possibly facing criminal charges), he has a right to refuse to testify. In light of the fact that the other man was physically assaulting the defendant, and did appear to injure him, it seems likely that he would qualify for such a privilege, and that it may well be in his best interest to exercise it.

Even though the defendant has a potential defense, he will still need an experienced defense attorney who can thoroughly investigate the allegations and assess whether the Commonwealth is likely to be able to prove its case against him. If you or a loved one has been criminally charged, you will need the same. Attorney Daniel Cappetta is a skilled defense attorney who will make sure that your rights are protected and that you do not end up with an unnecessary conviction on your record. Call him for a free consultation today.