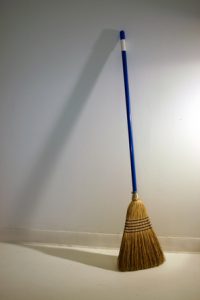 According to an article in the MetroWest Daily News, a Framingham man was recently arrested for assaulting his eight year old son.  The article states that the son had apparently gotten into a physical fight with another boy at the bus stop.  During the fight, the other boy apparently touched the son’s buttocks.  The son reported the incident to his mother and his father.  After the son told his parents what had happened, his father (the defendant) reportedly spanked the son and hit him on his backside with a broom handle.  According to the son, the defendant also slapped him in the face and neck.  The article indicates that the defendant was upset about the fact that the son had failed to report the other child’s inappropriate conduct to school officials – namely that the other child had touched the son’s backside.  The son did have visible injuries on his shoulders and neck as a result of the incident.  The son’s school principal reported the defendant’s conduct to the authorities and the police responded and photographed the son’s injuries.  As a result of the incident, the defendant was charged with domestic assault and battery with a dangerous weapon and domestic assault and battery.

Although the charges are serious, the defendant does appear to have a legitimate defense.  Specifically, the defendant can argue that he was simply using reasonable physical force to discipline his child.  Although the Massachusetts legislature does not specifically allow for the use of physical discipline by a parent, case law appears to indicate that a parent is authorized to use physical force to discipline a child under certain circumstances.  For example, in Commonwealth v. Rubeck, the Supreme Judicial Court seemed to recognize the parental right to discipline as a legitimate defense to the use of physical force against a child as long as the physical force was for the specific purpose of discipline, was conducted in a controlled manner rather than the result of an emotional outburst, and did not result in significant injury.  Since it is arguably inappropriate for an eight year old child to get into a physical altercation with another child, the defendant can argue that he was within his rights to put his hands on his child for the purpose of disciplining him.

Despite what appears to be a valid defense to the charges, the charges are still quite concerning.  Additionally, the charges have potential collateral consequences, as a conviction may impact the defendant’s ability to see and/or care for his child. Therefore, the defendant undoubtedly needs an experienced attorney to help present his defense, guide him through the criminal justice system, and advise him as to the collateral consequences of a conviction.  If you or a loved one has been involved in a similar family dispute, you will also need a skilled attorney to do the same for you. Attorney Daniel Cappetta has been practicing criminal defense for many years and knows how to assess and successfully defend his client’s cases. Call him for a free consultation today.