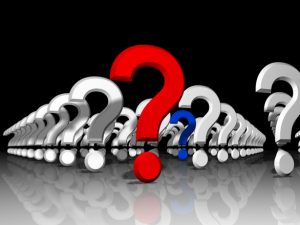 According to an article in the MetroWest Daily News, a Framingham man was recently arrested on domestic violence charges.  The article states that the police responded to the defendant’s apartment at approximately 3pm last Sunday after receiving a call for a “possible domestic dispute.”  When they arrived, the police spoke to both the defendant and his girlfriend.  The girlfriend told police that she was afraid of the defendant and that the two of them had gotten into an argument.  She further stated that during the argument, the defendant had thrown a coffee mug at her, but missed.

While these charges are certainly serious, the defendant appears to have a defense to raise – namely, that the allegations are false and that the alleged victim is not credible.  In terms of the first assault, the defendant can argue that the allegations are suspect in light of the fact that the alleged victim never bothered to report them.  Although the defendant apparently told her not to go to the police station directly following the alleged incident, the defendant can argue that if the incident had actually happened, the girlfriend would have contacted the authorities to report it at some point, even if she did not so on the day of the alleged incident.  This seems like a particularly strong argument in light of the fact that the girlfriend reportedly took a picture of the bruise mark left by the travel mug – specifically, why bother to take a picture if you are not going to make a report?  Further, the article does not indicate that the girlfriend actually produced any photograph, making her claim that much more questionable.  As to the second assault, the report fails to indicate that there is any evidence to corroborate the girlfriend’s account, such as a broken coffee mug.  The defendant’s attorney can buttress these issues with the girlfriend’s story by presenting evidence of the girlfriend’s motive to lie: namely, that she reportedly stole from the defendant, that he was planning on breaking up with her as a result, and that she made up these allegations to get him into trouble.

Regardless of what arguments the defendant might raise, he will undoubtedly need an experienced defense attorney to investigate the case and persuasively present these arguments to the court, and potentially to a jury.  Attorney Daniel Cappetta has successfully represented numerous clients facing similar charges to those faced by the defendant in this case.  Let him put his expertise to use for you.  Call him for a free consultation today.