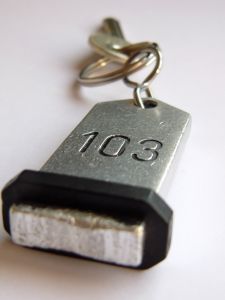 According to an article in the MetroWest Daily News, a Framingham man was arrested on drug charges at a Motel 6 on Route 9. The article states that a motel employee called police about a “disturbance” in the parking lot. When the officer arrived, the employee pointed out a sedan that was about to pull out of a parking spot in the motel lot. The officer activated his blue lights to stop the car, but the backseat passenger, later identified as the defendant, got out of the vehicle and began walking away. When the officer instructed the defendant to stop, he refused to do so and continued to walk away with his hands in the air, reportedly yelling profanities at the officer as he went. The officer then forcibly stopped the defendant and a struggle ensued. Following the struggle, the officer pat frisked the defendant and found two cans of beer and a small plastic bag of heroin. The officer arrested him and then went to speak to the people that were still inside the car. As he did so, the driver sped away.

Following this interaction, the officer spoke to the motel clerk, who stated that the defendant was staying at the motel and let the officer into his room. Once inside the room, the police saw evidence of drug dealing and property damage and applied for a search warrant to search the room. As a result of the search, the officers found several bags of heroin, plastic bags, and digital scales. The defendant was subsequently charged with possession of heroin with intent to distribute, disorderly conduct, resisting arrest, and maliciously defacing property.

Fortunately for the defendant, he appears to have a strong motion to suppress. A motion to suppress is a written request by a defendant asking the court to keep certain evidence from being introduced at trial because that evidence was obtained as a result of unconstitutional or illegal police activity. The Fourth Amendment to the United States Constitution guarantees a person’s right to be free from unreasonable searches and seizures – in other words, the police must have some legal basis before they can stop and/or search a suspect. The police may stop a person as long as there is “reasonable suspicion” of criminal activity. The evidence necessary for reasonable suspicion is something beyond a mere hunch. If there is reason to believe that the person may be armed and dangerous, the police can also conduct a pat frisk (a search of a person’s outer clothing to determine, through touch, whether the person is armed).

Here, the officer’s decision to stop the car in which the defendant was riding was based merely on some vague report of a disturbance. Without some sort of additional information as to the level of the disturbance and who was involved, it appears that the officer did not have a lawful reason to detain the car. The officer likewise lacked any lawful basis to detain the defendant when he decided to walk away. Again, the officer had no information that he was involved in whatever “disturbance” there might have been, or whether it even rose to the level of criminal activity. Although the defendant was yelling profanities at the officer as he walked away, it is not a crime to swear at law enforcement, and there is no indication that anyone else was in the area, or bothered by the commentary. Thus, it appears that the officer did not have a legitimate legal ground to detain the defendant and everything flowing from that illegal detention, including the heroin found on the defendant’s person and any struggle that might have ensued between him and the officer, should not be admissible against him.

As for the evidence recovered from the motel, it is also questionable as to whether the police had a legal basis to enter the defendant’s room. Massachusetts courts have held that occupants in a hotel room have a reasonable expectation of privacy similar to that extended to people in their homes. Further, the United States Supreme Court has specifically held that hotel staff cannot consent to a search of the hotel room even though they may access the room for cleaning and maintenance purposes. Considering the fact that the defendant neither abandoned the room, nor was evicted from it, he has a strong argument that hotel staff should not have permitted the police to enter the room. Because the police based their search warrant on the observations that they made after they were unlawfully let into the room by hotel staff, the defendant may well be able to argue that everything that flows from that unlawful entry, including the observations the police made once inside the room and the evidence recovered as a result of the search warrant, should likewise be suppressed.

The defendant’s case involves some uncommon issues, but with a persuasive argument and the legal research to back it up, he may well be able to suppress all of the evidence that the police obtained in relation to the case. Despite the fact that the argument is there for the taking, the defendant will need an experienced and hard working attorney who is willing to put in the time and effort to craft and present this argument to the court. If you or a loved one has been charged in a criminal matter where the police may have violated your rights by unlawfully detaining and/or searching you, you will likewise need such a lawyer. Attorney Daniel Cappetta has successfully litigated numerous motions to suppress. He can assess your case and help you get the best possible outcome. Call him for a free consultation today.