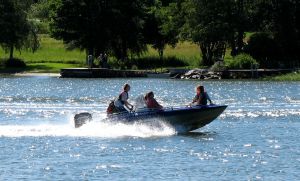 Regardless of whether the defendant has a strong defense, he is facing an extremely difficult situation – not only is he facing serious criminal charges, but his friend is dead. The defendant needs a skilled and dedicated attorney who will stand by him and thoroughly investigate the case, including hiring an expert to fully examine the boat for any potential mechanical issues that could have caused the boat to suddenly accelerate on its own.

If you or a loved one is in an equally difficult situation where you have been charged in a tragic accident, you will need an attorney who can do the same for you. Attorney Daniel Cappetta is an experienced attorney who is well aware that serious criminal charges may issue against a person even where there has not been any true criminal activity. He will make sure that no stone is left unturned in defending your case. Call him for a free consultation.