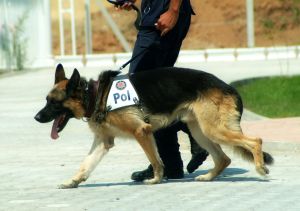 Fortunately for the defendant, he appears to have a strong argument that the officer did not have the right to search him in the first place. He can therefore argue that the evidence that the officer found as a result of the search should not be admitted against him. Specifically, under the Fourth Amendment to the United States Constitution and Article Fourteen of the Massachusetts Declaration of Rights, the police are not allowed to search people whenever they feel like it – there must be some legal basis for the search to be valid. If the police conduct a search without a sufficient legal basis, any evidence they find is not admissible against a defendant at trial, and the defendant can file a motion to suppress to have the evidence excluded.

Moreover, although the defendant acknowledged that he had had a few beers and that he had smoked marijuana, such information doesn’t amount to probable cause to arrest him. Driving after drinking some beers and smoking marijuana is not criminal behavior unless the beers and/or marijuana impair the driver’s ability to operate. Other than the fact the defendant was speeding – which many people do while completely sober – there is no indication that he was driving under the influence. To the contrary, there is no mention that he appeared to be impaired in any way. This conclusion is further bolstered by the fact that the officer did not ask the defendant to perform any field sobriety tests and did not charge him with driving under the influence.

Given the fact that there may not be be any basis for the officer to have believed that the defendant was armed, or that he had committed a crime, it appears that the defendant has a strong argument that he should not have been searched. Although the defendant made some incriminating statements, the statements were made as a result of the arguably illegal search, and therefore would be suppressed if the search itself were found to be unlawful.

Despite the fact that the defendant may have a strong motion to suppress,  he is still undoubtedly in need of an experienced attorney to identify the legal issues and litigate the motion. Likewise, if you or a loved one has been unlawfully stopped and searched by the police and are facing criminal charges as a result, you will need a skilled attorney to protect your rights. Attorney Daniel Cappetta has litigated numerous motions to suppress and he will fight to make sure that the police are not allowed to infringe on your rights. Contact him for a free consultation today.