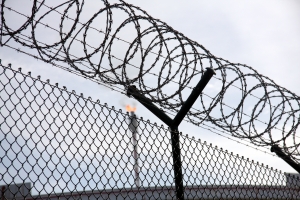 Twenty years ago, a young man was sentenced to life in prison without the possibility of parole for a crime – felony murder – that was committed when he was seventeen years old. At the time of the crime, the defendant and a friend got into a car with three other men. The five drove around Brockton before the defendant’s friend told the driver of the car to stop at a house so that he and the defendant could rip off drug dealers that they thought lived there. When the defendant and his friend got back to the car, the friend told the driver to drive to a nearby park. Without a word, the friend shot the driver and the other two men in the car.  One of the three survived by pretending to be dead and later identified the defendant’s friend as the shooter. The defendant told police he knew of the drug rip off, but did not know that his friend planned to shoot anyone and stated that the friend “just snapped.” The defendant and his friend were ultimately convicted of first-degree murder and both were sentenced to life in prison.

At the time of their conviction, Massachusetts judges were required to sentence defendants as young as fourteen to life in prison with no possibility of parole if they were convicted of first degree murder.  Given the state of the law, the defendant went to prison with no reasonable hope that he would ever get out.  Despite that fact, he signed up and participated in every educational and therapeutic program available to him.  He also found a way to avoid any trouble or disciplinary tickets, which are issued for any failure to follow prison rules and regulations, including such minor infractions as taking too long in the shower. Prison life is extremely difficult and often violent – so much so that it is almost impossible for young prisoners to avoid conflict and thereby receive at least some sort of disciplinary citation. the defendant, however, managed to do so.

This past December, Massachusetts became the first state in the country to declare life without the possibility of parole sentences unconstitutional for juveniles. Specifically, in 2012, the United States Supreme Court ruled in Miller v. Alabama that it was unconstitutional to sentence defendants to life sentences without parole for crimes they committed as juveniles. The Court’s decisions was based largely on the growing scientific evidence that young brains are not as equipped as adult brains to control violent impulses and understand the consequences of rash behavior. The Miller decision led the Supreme Judicial Court to issue a similar ruling in December of 2013: Diatchenko v. District Attorney for the Suffolk District. The Diatchenko decision held that Massachusetts law imposing a mandatory life sentence without the possibility of parole for juveniles violated both the 8th Amendment prohibition on cruel and unusual punishment, and the analogous provision of the Massachusetts Declaration of Rights set forth in Article 26.

At the time the Diatchenko decision came down, however, many attorneys wondered if being granted the right to see the Parole Board might be little more than a victory in name only.  Historically, the Parole Board has been reluctant to parole people serving time for juvenile murders.  Until recently they have not acknowledged the legal mandate or reasoning of the Supreme Court in its rulings on juvenile sentencing, nor the research showing that the vast majority of adolescents involved in violent crime will age out of that behavior by their mid-twenties to early thirties. Despite the odds, the defendant chose to be one of the first of two men who were sentenced to life without parole as juveniles to go forward before the Parole Board.

Following a lengthy hearing, the Parole Board issued a positive vote for the defendant’s parole, unanimously agreeing to release him after he successfully completes one year in minimum security and three months in a community based residential program. In addition to the unanimity, the decision is also noteworthy in that it was issued in just seven days. Most decisions take at least six months and there are some individuals who have been waiting over a year for a decision. The decision itself focuses much more on the defendant’s rehabilitation than it does on the gruesome nature of the crime, stating that, “through his commitment and effort, [the defendant] rehabilitated himself.  Both his conduct in prison and his testimony at the hearing provided solid evidence of his successful rehabilitation.” The Plymouth County District Attorney, Timothy Cruz, issued a statement condemning the Board’s decision.

While criminal charges have significant potential consequences for anyone, charges against juvenile defendants are particularly concerning, as a finding of juvenile delinquency and/or commitment in a juvenile detention facility may significantly impact a young life for the worse and set it on a different, more damaging track. If you have a child facing criminal charges, you will need an attorney who can make sure your child receives all of the protections he or she deserves under the law. Attorney Daniel Cappetta is an experienced juvenile defense attorney and he will work with you and your family to get the best outcome possible. Call him for a free consultation today.