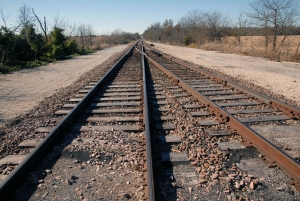 A Framingham woman and her boyfriend were arraigned in Middlesex Superior Court on October 16, 2013 for their respective roles in a murder. The boyfriend reportedly shot the alleged victim to death in July. The girlfriend allegedly took the gun and hid it near the train tracks after the shooting.

Although the charges against the girlfriend are extremely serious, it is possible that the Commonwealth may be willing to strike a deal with her if she is willing to testify against her boyfriend. Such a deal could result in the reduction of her charges, a more lenient sentence, or the charges being dropped entirely. Under the Fifth Amendment and Article 12 of the Massachusetts Declaration of Rights, everyone has the right against self-incrimination. This means that a person cannot be compelled to testify against him or herself if that testimony is potentially incriminating and/or could result in criminal prosecution. This privilege, however, is not absolute. Under G. L. c. 233, § 20E, the Commonwealth may grant immunity to a witness – in other words, promise not to prosecute the witness – in exchange for the witness’ testimony. The statute specifically allows for a grant of immunity where certain serious Superior Court offenses (including murder) are involved, and the witness in question refuses to testify on the ground that the testimony would incriminate him or herself.

While being a potential witness to a murder is not exactly common place, many people do find themselves in a position like the girlfriend – not interested in testifying in court, but possibly caught between a rock and a hard place. If you or a loved one is in such a situation, an experienced attorney can help. Attorney Daniel Cappetta is well versed in the law, and knows the ins and outs of the criminal justice system. He can help you navigate through the difficult and varied situations that can arise as a result of criminal charges. Call him today for a free consultation.