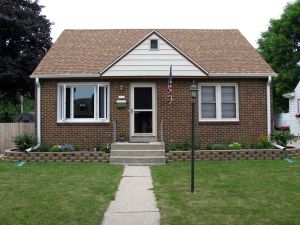 According to an article in the MetroWest Daily News, Ashland police suspected an Ashland man of several break-ins at a storage facility in the area. Although it is unclear what the basis for this suspicion was, the article cites to the fact that the man has been arrested on similar charges in the past. As part of the police investigation, officers went to the man’s home, where he lives with his mother. The article does not explicitly state what the purpose of this visit was, but presumably the police sought to question the man about the break-ins. The police do not appear to have had a search warrant for the house. When the police arrived, the man’s mother answered the door and let them in. The officers then proceeded to the man’s room. The article suggests that the man had his own room, and that it was not shared with any other member of the household. The police entered the room and found the man in bed with a juvenile girl. Because she is underage, the girl was not identified, but the article does indicate that she was fourteen years old. The girl told police that she had met the man online and that they had had sex several times prior to the officers’ arrival at the home. The man is now facing charges related to the breaking and enterings at the storage facility, as well as two counts of aggravated rape of a child.

The charges the man is facing are serious, however, he may have a strong defense – specifically, he may have a basis for a motion to suppress all of the evidence that was recovered as a result of the officers’ entry into his room. A motion to suppress is a motion to exclude evidence obtained as a result of unlawful police action. If the police obtain evidence against a person, but violated the person’s constitutional rights in doing so, the evidence cannot be used against the person in court. In this case, the man may have an argument that all of the evidence that the police recovered in this case – including the police officers’ observations of the underage girl, the statements made by the girl, as well as evidence of the breaking and enterings – was obtained unlawfully.

Under the law, the police are required to get a search warrant prior to conducting any sort of search. This includes a search of a person, a car, and/or a home. There are a number of exceptions to the search warrant requirement, including consent. This means that even if the police have no legal basis to conduct a search, if a person gives consent, then the search is considered lawful. Under Massachusetts law, however, a person can only give consent to search an area over which the person has lawful authority. In other words, a person cannot consent to a search of a space that does not belong to the person, or that the person does not have some shared control over. In this case, the recovered evidence appears to have come solely from the entry and search of the man’s room. The article does not indicate that the man shared this room with his mother, or with anyone else. As such, it appears that the man was the only individual that could lawfully consent to the police entry and search of the room. Although the mother could certainly let the police into the house and allow the officers to search any area that she had sole or shared authority over, she does not appear to have had any authority – shared or otherwise – over the man’s bedroom. Therefore, any consent to search would have to be given by the man for the evidence to be used against him in court. Without that consent, the man’s attorney may have a strong argument that the evidence should be suppressed.

If you or a loved one is facing a situation where the police may have unlawfully obtained evidence, you will need a skilled attorney to assist you in your case. Attorney Daniel Cappetta is experienced in search and seizure law. He can help you determine whether you have a viable motion to suppress, and guide you through the motion process. Call him today.