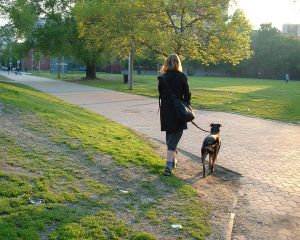 According to an article in the MetroWest Daily News, a 23 year-old Framingham woman attacked a former co-worker in Wayland earlier this year. The defendant is a professional dog walker. The alleged victim in the case was reportedly a former employee of the company, but was laid off because of a broken ankle. Following her recovery, the alleged victim began walking dogs again, but not with the same company.

Despite the fact that she was charged, the defendant may well be able to successfully defend her case. Given the fact that there were no witnesses, the case ultimately comes down to the alleged victim’s credibility. Further, it’s possible that the defendant had some of her own injuries, which would also support her claim that she was acting in self-defense.

Regardless of what defenses the defendant may have, she will need a skilled defense attorney to help her present them in court, and guide her through the criminal justice system. If you or a loved one have been unfairly charged with an assault, you will likewise need the assistance of an experienced attorney. Attorney Daniel Cappetta has handled numerous assault cases and will make sure that you or your loved one get the best outcome possible. Call him for a free consultation today.