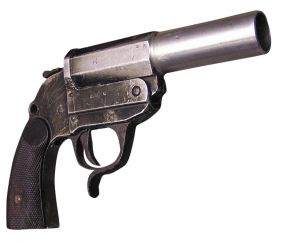 Odin Lloyd, a semi-pro football player, was found murdered in an industrial park in Attleboro in June 2013. Former New England Patriots player Aaron Hernandez was ultimately charged with Lloyd’s murder. Three other individuals were also arrested in connection with Lloyd’s death: Carlos Ortiz, Ernest Wallace, and Tanya Singleton. Prosecutors have alleged that Wallace and Ortiz were with Hernandez when he allegedly killed Lloyd. Specifically, prosecutors allege that on the night of June 16, 2013, Hernandez summoned Ortiz and Wallace to his home, that the three of them drove to Dorchester and picked up Lloyd, and that they then returned to North Attleboro. There, shortly before 3:30 a.m. on June 17, 2013, prosecutors allege that Hernandez shot and killed Lloyd. Singleton allegedly drove Wallace to Georgia in the days after Lloyd’s murder.

Ortiz cooperated with investigators, laying out a detailed story about the murder. Ortiz’s story, however, changed in relation to a key detail. Initially, Ortiz told investigators that Hernandez drove him, Wallace, and Lloyd to an industrial park in North Attleboro. Ortiz had insisted that Hernandez, Wallace, and Lloyd got out of the car while he stayed behind. He had said that he heard gunshots, and that only Hernandez and Wallace got back in the car. This past summer, however, Ortiz’s version of events changed: he told investigators that Wallace did not get out of the car. Additionally, a white towel was found on the ground near Lloyd’s body, and surveillance footage from a gas station taken about 90 minutes before the murder shows Ortiz with a light colored towel around his neck, leading some to question Ortiz’s claim that he remained in the car during the shooting.

In addition to these inconsistencies, an article in The Boston Globe indicates that Ortiz failed a lie detector test. During the test, Ortiz told the examiner that he was sleeping in the car when Lloyd was killed. After the examiner told Ortiz that the test results indicated that he was lying, Ortiz maintained he didn’t see the shooting but had seen Hernandez and Lloyd get out of the car. Ortiz then told the examiner that he and Wallace stayed in the car, heard the gun shot, saw Hernandez run back to the car, and that Lloyd didn’t return. The report from the test also indicates that Ortiz twice denied shooting Lloyd, but that the examiner scored his answers to those questions as “Deception Indicated.”

Because of the test results, Singleton is now seeking to have the criminal charges against her dismissed. Specifically, prosecutors didn’t tell the grand jury that indicted Singleton about the fact that Ortiz failed the polygraph. Singleton is claiming that the Commonwealth’s failure to inform the grand jury of this fact impaired the integrity of grand jury proceedings.

Under Commonwealth v. Mayfield, 398 Mass. 615 (1986), a judicial inquiry into the quality of evidence heard by a grand jury is warranted where the integrity of the grand jury proceedings was somehow impaired. To show such impairment, the evidence must have (1) been given with the knowledge that it was false or deceptive, or in reckless disregard of the truth; (2) been given with the intention of obtaining the indictment; and (3) probably have influenced the grand jury’s determination to hand up the indictment. Singleton’s argument is that prosecutors impaired the integrity of the grand jury that indicted her by withholding evidence that greatly undermined Ortiz’s credibility. In determining whether the Mayfield requirements have been met, the Supreme Judicial Court has stated that there is no “satisfactory, comprehensive statement of what conduct does, and what conduct does not, impair the integrity of the grand jury process,” and that the issue must be dealt with on a “case by case” basis. Given the legal standard, the success of Singleton’s argument seemingly depends on how much of the evidence presented at the grand jury came from Ortiz. Specifically, if Ortiz statements were the sole basis for the Commonwealth’s charges, without any sort of corroboration from other sources, Singleton may succeed in her argument. If the Commonwealth had additional evidence to support its claim, such as credit card records, surveillance footage, and/or cellular telephone records, the court might be more inclined to let the indictment stand and simply tell Singleton to make her arguments about Ortiz’s credibility at trial.

Witness credibility is often the key issue at a criminal trial and can make or break the Commonwealth’s case. Evidence of polygraph test results are not admissible at trial because they have not been deemed sufficiently scientifically reliable, however, Ortiz’s changing story and lack of consistency is absolutely something that Singleton’s attorney can and should attack at trial, should the case get that far. If you or a loved one is facing criminal charges in which the prosecution’s case rises and falls on an unreliable witness’ credibility, you will need an experienced attorney to expose the witness’ inconsistencies and attack his or her version(s) of the event. Attorney Daniel Cappetta has tried numerous cases and has successfully challenged many witnesses. Call him today for a free consultation.