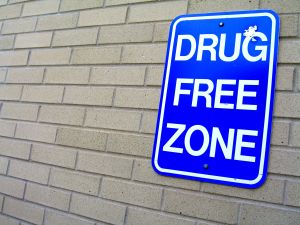 The Patriot Ledger recently reported on the arrest of a Weymouth man. After an anonymous tip was called in to the Weymouth mayor’s drug tip line and as a result police launched an investigation into the man.

In the course of their investigation police set up surveillance. In the course of their surveillance the police saw the man meet with two other men in a store parking lot. The police believed what they witnessed was a drug transaction. Once the police believed a drug transaction had occurred they made the decision to stop the two individuals that had met with the man.

The second group of individuals who met with the man under investigation were also stopped and confronted by the police. They too were found in possession of heroin and they also told police that the man had sold them the heroin.

Based on the information the police received from these two groups they decided to arrest the man. They approached him and took him into custody. While taking him into custody they also searched him. Although the police claim they found items consistent with dealing heroin, they did not find any heroin in the man’s possession.

Despite finding no heroin on his person, the police charged the man with distribution of heroin and also charged him with what is commonly referred to as a “school zone” charge. This school zone charge is part of the very heavy handed drug laws that are currently in effect in Massachusetts. If the man is convicted of distribution and the “school zone” charge he will be sentenced to mandatory minimum of two years in the house of corrections. In addition that mandatory minimum will have to be served “from and after” any sentence he receives for the distribution of heroin. (This means he can’t serve any jail sentence for the distribution at the same time as the school zone sentence, rather they will have to be served consecutively.)

Although the stakes are high for the man, he certainly has factors in his favor in this case. If the article is accurate and no drugs were actually found on his person that can be compelling evidence that he was not involved in the drug trade that night. Also the individuals who told police that the man sold them the drugs were also charged with crimes. As a result they might chose to exercise their 5th amendment rights and not testify against the man. Of course it is also possible they could be offered a favorable plea agreement from prosecutors in exchange for their testimony against him.

Even if they do testify against the man, there may be issues with their credibility due to their admitted involvement with heroin. Additionally if they have prior criminal convictions it is possible those can be presented to a jury to call into question their credibility as well.

Cases where “school zone” charges are involved frequently end up going to trial precisely because of the severe minimum penalty involved. The high stakes leave little room for negotiation and potential for plea bargaining. As a result lengthy unfair jail sentences can be imposed, even if the target of the charges is a first time offender, or simply a drug user who was used as a go between by an actual dealer.

Governor Patrick has proposed changes to these mandatory minimum laws, however whether or not any real change will come about as a result remains to be seen.

If you or a loved one has been charged with a drug crime, you need to speak with an experienced drug crimes defense lawyer immediately. Call Attorney Daniel Cappetta now for a free consultation on your case at 508-762-4540.