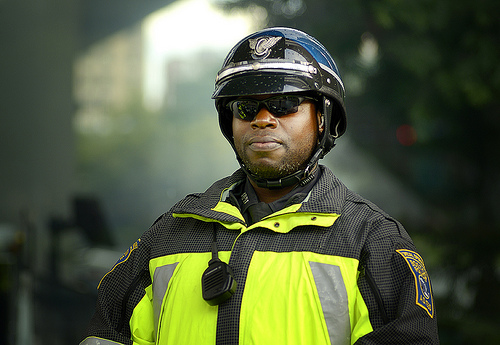 Recently the Supreme Judicial Court ruled on the case of Commonwealth v. Limone. In this case an off duty Somerville police officer had his personal motor vehicle struck in a car accident. At the time of the accident the officer was returning to his home and no longer on duty, however he was still in his uniform. When the accident occurred the officer got out of his motor vehicle and approached the driver of the car that struck him. After a short interaction with the driver the off duty officer formed the opinion that he was under the influence of alcohol.

At that point the officer ordered the driver to get out of his vehicle. The driver complied with the order and the officer reached into the motor vehicle and confiscated his keys. The officer ensured that the driver stayed put at the scene of the accident until the Woburn Police arrived and took over the investigation.

When the Woburn Police arrived they conducted field sobriety tests and placed the driver under arrest. He agreed to take a breathalyzer test and was over the .08 limit with a score of .12. The driver’s lawyer challenged the legality of the off duty officer’s actions prior to the driver’s trial in Superior Court, however those challenges were unsuccessful and the driver was eventually found guilty and sentenced to serve time in a state prison.

In Massachusetts it is a long standing rule of law that an officer may not make arrests outside of his jurisdiction unless one of following three limited exceptions applies:

However the Supreme Judicial Court reveiwed the lower court’s decision and used this case as an opportunity to expand police authority to act outside of their jurisdiction. Although the off duty officer had ordered the driver not to leave, and confiscated his keys thereby depriving him of any means to leave, the Supreme Judicial Court declined to acknowledge that the driver had effectively been arrested. Rather they decided that the encounter that took place in this case was not an arrest and more akin to a mere traffic stop.

Because the court declined to find the off duty officer’s actions amounted to arrest, they upheld his actions as proper and within the limits of existing law on off duty officer conduct. As a result, the conviction was reinstated and the driver must finish his prison term.

If you or a loved one has had an encounter with the police that resulted in criminal charges contact an aggressive criminal defense lawyer today for a free consultation. Attorney Cappetta is an experienced criminal defense attorney that can help you determine the best way to fight your case, and see it through with zealous committed representation. Contact him for a free consultation today 508-762-4540.