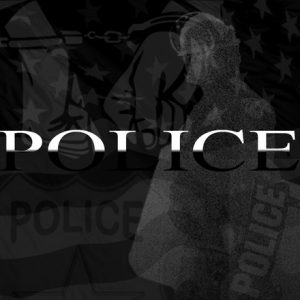 The Supreme Judicial Court recently issued a decision stating that it is improper for police officers involved in the investigation of a case to be present in the grand jury during the testimony of other witnesses involved in the case. The conviction in the case, however, was not reversed. Rather, the SJC decided that the impropriety did not create a “substantial risk of a miscarriage of justice,” which is the legal standard for an appeal where the defendant’s attorney fails to properly preserve the issue at the trial level, but it is raised on appeal.

The background of the case – Commonwealth v. Holley – was as follows. The defendant was charged with murder. “Two police officers involved in the investigation of [the murder], who were witnesses before the grand jury …, were present in the grand jury room for most, if not all, of the other witnesses’ testimony. Both parties agree that the officers’ presence was improper. The defendant contend[ed] that this error rendered his indictment void ab initio, requiring not only the vacation of his conviction but also the dismissal of the indictment under” state and federal constitutional principles. “Alternatively, the defendant argue[d] that if the indictment was not void, he [wa]s nevertheless entitled to a new trial based on the ineffective assistance of trial counsel, who failed to move to dismiss the indictment or even to raise the issue prior to trial.”

In its decision, the SJC stated that it “disapproved of the presence [in the grand jury room] of ‘unauthorized’ individuals, especially investigating police officers, because their presence has the potential to compromise the integrity of the process by, among other things, influencing witness testimony through intimidation…. Accordingly, we have held that ‘the presence of an unauthorized person before a grand jury will [where sufficient prejudice is shown] void an indictment.’ [Commonwealth v.] Pezzano, [387 Mass. 69,] 72-73 [1982].” In the Court’s view, such an irregularity “does not render [a] defendant’s indictment void ab initio.” The Court opined that in the present case, it was not necessary to void the indictment where “the defendant … failed to show that he was prejudiced by either the grand jury irregularity or his counsel’s failure to raise the issue” prior to trial. The Court noted, among other factors, that “[t]he defendant ha[d] not shown that the presence of the police officers caused those who testified before the grand jury to feel coerced or intimidated.”

Many stages of criminal proceedings may feel unfair to a defendant – the prosecutor has substantial resources available to him or her that those accused of a crime do not have access to. As a result, a person facing criminal charges may feel like the prosecutor has more power or ability to influence the outcome of a case. The Holley case is a perfect example of this problem – while the SJC found that the defendant failed to affirmatively prove that the police officers influenced the testimony of the witnesses, it is hard to imagine that the presence of these officers in and of itself did not create some level of intimidation and thereby impact the witnesses’ testimony. If you have been charged with a criminal case, or have been convicted and are in need of an appellate attorney, you will need a skilled and experienced attorney to make sure that you have a fair shot. Attorney Daniel Cappetta is a former prosecutor, and has been practicing criminal defense for many years. He knows the ins and outs of both sides of the courtroom and will make sure that the Commonwealth’s power and influence is properly held in check so that you get a fair outcome. Call him for a free consultation today.