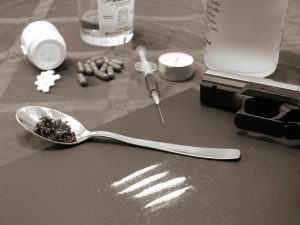 In a recent decision issued by the SJC – Commonwealth v. Horne – the Court precluded “negative profiling” testimony. Specifically the Court held that it was improper to elicit testimony regarding the appearance of drug users, in conjunction with the argument that the defendant did not look like an addict and therefore must be a drug dealer.

The background was as follows. The automobile that the defendant was driving was stopped for a traffic violation. “The officer who conducted the stop … determined that the defendant’s driver’s license had been suspended.” When that officer, joined by another, attempted to arrest the defendant, he “forcefully resisted.” Eventually, the efforts of five officers were required in order to subdue the defendant and place him under arrest. “Thereafter, the arresting officers found nearby a clear plastic bag containing twenty-six individually wrapped ‘rocks’ of crack cocaine, totaling 3.87 grams. The defendant apparently had kept the bag in his boot, which came off during the melee.” An inventory search of the defendant’s vehicle revealed three cellular telephones, eighty-three dollars in cash, and a gun, but no drug paraphernalia. At the defendant’s trial, the Commonwealth’s expert, in addition to testifying about the packaging and valuation of illegal drugs and common practices of drug users and dealers, stated that the majority of crack addicts are “‘somewhat unkempt, very thin, physical appearances seem to be deteriorating, sometimes they’ll have rotted teeth or worn down teeth from constantly grinding their teeth based on the addiction.’” The prosecutor emphasized this testimony in his closing argument, stating “‘How do you know [the defendant] possessed [the crack cocaine] with the intent to distribute it, does he look like a drug addict?…. [C]rack cocaine addicts are skinny, they are thin, they have rotted teeth, they are drawn out. [The defendant is] a big man, he’s a big muscular man…. [The police officers] needed assistance to [subdue] him. He is not a drug addict; he possessed it with the intent to distribute it.’” “On appeal, the defendant argue[d] that it was error to allow [the expert] to testify as to the typical physical characteristics of crack cocaine addicts, maintaining that such testimony was inadmissible negative profiling evidence.”
In its decision, the SJC agreed with the defendant’s argument. The Court noted that “[t]wenty-five years ago, [it] determined in Commonwealth v. Day, 409 Mass. 719, 723 (1991), that profiling testimony is inadmissible” because it is “both irrelevant and prejudicial to the defendant.” Quoting from Day, the Court asserted “that a ‘criminal trial is by its very nature an individualized adjudication of a defendant’s guilt or legal innocence.’ Id. ‘[T]he mere fact that a defendant fits the profile does not tend to prove that a particular defendant’ committed a particular offense. Id.” The Court rejected “[t]he Commonwealth’s effort to distinguish the challenged evidence from that held inadmissible in Day,” on the ground that the prosecution “did not explicitly compare the defendant to the profile of a drug dealer. Contrary to the Commonwealth’s assertion, however, such so-called negative profiling evidence — where the goal is to demonstrate that a person does not fit a particular profile — falls squarely within the scope of the profiling evidence we have long prohibited.” “As the mirror image of the prototypical profiling evidence dealt with in Day, such negative profiling evidence serves the same impermissible end. It is an attempt to convince the jury to determine a defendant’s guilt by comparing him or her to stereotypes rather than by individualized adjudication.” The Court concluded that the expert’s testimony here was inherently prejudicial and created a substantial risk of a miscarriage of justice.

If you or a loved one is charged with drug distribution, it’s extremely important that you have a skilled attorney who is familiar and up to date with the relevant case law, and who can make sure that the Commonwealth is precluded from introducing inadmissible and prejudicial evidence against you. Attorney Daniel Cappetta has successfully handled numerous drug cases and well versed in the law. He will help you get the best possible outcome in your case. Call him for a free consultation today.