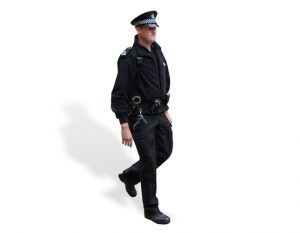 According to a recent article in The Patriot Ledger, proof of major errors made in the Braintree Police Department’s evidence room is continuing to mount. The article states that a recently released audit of the department’s evidence room indicated that thousands of items have gone missing, or are unaccounted for. Such items include drugs, money, and guns, all seized in relation to criminal cases. The audit also indicates that the evidence room’s record keeping was unquestionably sub-par.

Problems related to the keeping of the evidence have already resulted in the dismissal of a number of Braintree cases and the article states that hundreds of additional cases may have been similarly compromised. Specifically, the article states that 4,709 pieces of drug related evidence “could not be accounted for” and that “38 pieces had been compromised” – the audit found that the 38 items were “opened, left unpackaged, or found to have items missing.” The article further noted that “much of the missing drugs” were “bags of cocaine.”

In addition to the missing drug related evidence, the article states that the audit found that 2,490 pieces of property evidence was found to be missing. Additionally, the audit found that various videos being stored in the evidence room were unlabeled, which will lead to significant practical challenges in connecting such videos to specific cases, not to mention evidentiary challenges in terms of documenting chain of custody and authenticity. The article also notes that the test kits from sexual assault cases were stored outside the police station in a trailer, again raising questions as to chain of custody issues and whether such evidence can be successfully linked to a specific case.

The audit also found that approximately $400,000 in seized money was missing and that some of the bags containing such money were “ripped open in the back or cut open at the bottom, with cash missing.” The article states that the audit found that much of the missing money came from cases brought in 2001, 2002, 2012 and 2013, noting that the audit lists $82,074.96 missing from 2001.

Perhaps the most concerning matter is the finding that the auditors made in relation to guns seized as evidence. The audit reports that there were as many as sixty missing guns, although the police department has responded to this information, explaining that two of guns were starter pistols and that all but twelve have now been located. Two of those guns were recovered from the house of the police department’s former evidence officer, Susan Zopattia, who died this past June from a self-inflicted gun shot wound. The evidence room records indicated that one of these two guns was listed as having been returned to its owner, while the other was listed as still being stored in the evidence room’s gun locker.

The audit also made many specific recommendations as to changes that should be made in relation to the police department’s evidence handling and procedures. According to the mayor, new protocols and procedures on the handling and storage of evidence have already been established and much of the auditor’s recommendations have already been adopted by the department. The mayor has also directed the department to “continue the investigation into the unaccounted-for items,” and has asked the state attorney general’s office to conduct its own review of the evidence matter.

There is no question that the results of this audit will have significant consequences for numerous criminal cases – many cases appear to have been compromised to at least some extent. If you or a loved one is charged in a criminal case in Braintree, or some other location, where there is a question as to the location, authenticity, or viability of the evidence against you, you will need a skilled and experienced attorney to help you raise the appropriate challenges to such evidence in court. Attorney Daniel Cappetta is such an attorney – he is well versed on the law and has launched many creative and successful challenges to the admissibility of evidence in his clients’ cases. Call him for a free consultation today.