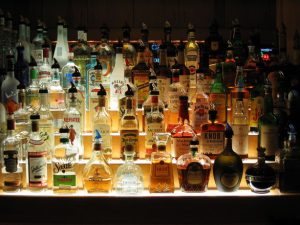 The Supreme Judicial Court recently issued a decision in a case addressed in this blog earlier this year: Commonwealth v. Neary-French. In its decision, the SJC held that a defendant does not have a right to counsel under the Sixth and Fourteenth Amendments to the United States Constitution, or art. 12 of the Massachusetts Declaration of rights, before the defendant decides whether to take a breathalyzer test.

The legal and factual backgrounds are as follows. In 1989, the SJC issued a decision in Commonwealth v. Brazelton, 404 Mass. 783, 785 (1989) dealing with the same issues raised by Neary-French in this case. In Brazelton, the SJC ruled that the defendant had no right to counsel before deciding whether to take a breathalyzer test. Subsequently, in 2003, the Legislature amended the OUI statute (G. L. c. 90, §24). The amendment makes it “a violation to operate a motor vehicle not only under the influence of intoxicating liquor, but also with a blood alcohol level of .08 or more.” This rule is known as a ‘per se’ violation.” In other words, even if the defendant is driving perfectly, he or she may still be guilty of operating under the influence if his or her blood alcohol level is .08 or more.

Neary-French was arrested for operating while under the influence of intoxicating liquor and was not given an opportunity to consult with counsel before having to decide whether to submit to a breathalyzer test. The defendant filed a motion to suppress the results of the breathalyzer test [which indicated that her blood alcohol level was greater than .08], arguing that she had a [constitutional] right to counsel … before deciding whether to submit to [such] a … test.” After an evidentiary hearing on the motion, the judge reported the following question of law to the SJC: “‘Whether the 2003 amendment to G. L. c.90, §24, which created a new “.08 or greater” theory by which to prove an [operating while under the influence of intoxicating liquor] offense, where a breath test reading of .08 or greater is an element of the offense, now makes the decision by a defendant whether or not to take the breath test itself a critical stage of the criminal proceedings requiring that the defendant be advised of their right to counsel prior to making that decision, pursuant to art. 12 of the Massachusetts Declaration of Rights and the Sixth and Fourteenth Amendments of the United States Constitution.’”

An OUI charge has significant and far-reaching potential consequences for a defendant – a continuance without a finding or a conviction results in the loss of license, which can in turn have a major impact on a person’s ability to obtain employment and/or get to work. Breathalyzer evidence often plays a large role in a defendant’s decision to proceed to trial and it is unfortunate that the SJC refused to extend constitutional protections for defendants faced with the decision of participating in a breath test. In light of the court’s decision, it is that much more important for anyone facing OUI charges to have excellent representation. Attorney Daniel Cappetta has successfully represented many clients charged with OUI offenses and always gets the best results possible. If you or a loved on is facing such charges, call him today for a free consultation.