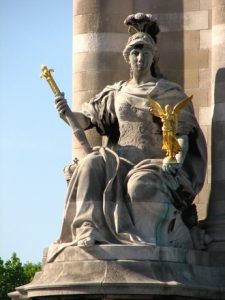 On Sunday, July 31, 2016, the Massachusetts Legislature concluded formal sessions for the 2015-2016 Legislative Session.  Although bills that require roll call votes can no longer move forward, numerous pieces of legislation remain alive and can be enacted during informal sessions until midnight on Tuesday, January 3, 2017. This can occur if the two branches agree and there is no objection raised by a member on the floor when the bill is being given a reading. This is good news for a number of bills relevant to criminal justice.  Most of the following bills have been acted on favorably by the Senate and are pending in House Way & Means Committee (HW&M). Bills that have made it through the Senate, are pending in HW&M, and are awaiting final action in the House are:

S.727 – An Act Relative to Tagging.  This bill removes the collateral consequence of loss of driver’s license upon conviction of such an offense.

S.728 – An Act Relative to Vandalism.  This bill, like the tagging bill, removes the collateral consequence of loss of driver’s license upon conviction of such an offense.

S.795 – An Act Relative to Adjusting the Credit on Days Imprisoned for Nonpayment of Fines.  This bill adjusts the credit calculated for days imprisoned for the nonpayment of a fine against the amount owed.  Existing law allows a credit of $30/day.  This legislation adjusts for inflation and increases the credit to $60/day.

S.2176 – An Act Relative to Increasing the Larceny Threshold.  There were numerous bills filed that addressed this issue.  The pending redraft amends G.L. c. 266, § 30 by increasing the threshold for a misdemeanor larceny from $250 to $1,500.

S.2424 – Juvenile Justice omnibus bill. This bill has many provisions and updates various areas of the law relating to juvenile justice. Specifically, the bill excludes very young children from delinquency proceedings by raising the lower limit of juvenile court jurisdiction from 7 to 11 years of age. The bill also decriminalizes certain offenses for young people that are by law civil infractions for adults. The bill adopts the current standing order of the Juvenile Court banning the automatic shackling of children in court proceedings (although judges have the discretion to allow shackling in cases where there is a specific safety or flight risk concern). In addition, the bill codifies the constitutional right of indigent juvenile offenders to counsel and expert assistance for parole hearings, as established by the 2015 Supreme Judicial Court decision in Diatchenko II. The bill also updates parent-child privilege to allow parents to help their children in the court system without being forced to testify about these conversations. The bill creates a process for the expungement of certain juvenile records for misdemeanor offenses committed before age 18. The bill also directs the Trial Court to make recommendations on the feasibility of creating a “youth status” as a distinct, mitigating factor in a young person’s case. Finally, the bill creates a task force to make recommendations on ways to coordinate and modernize the data systems used to collect and report juvenile caseload and outcome data.

The above referenced legislation impacts a variety of individuals charged with offenses in the criminal justice system. If you or a loved one needs assistance determining how and/or whether these changes impact you, you will need the assistance of an experienced attorney who is up to date on the changes in the law. Attorney Daniel Cappetta is such an attorney. Call him for a free consultation today.