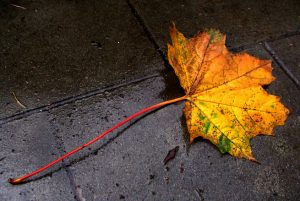 According to an article in the MetroWest Daily News, a Framingham man stole a $600 leaf blower this past month. The article states that at approximately 12:45pm on a recent Monday, the alleged victim called the police and reported that a man had just stolen his leaf blower. He indicated that the item was taken from his front yard, located on Swanson Street. According to the alleged victim, the man who took the leaf blower then drove of off in a U-Haul. Police responded to the area, located a U-Haul truck matching the alleged victim’s description, and pulled over the driver. The driver, who was later identified as the defendant in this case, denied stealing the item and told officers that he believed that the leaf blower was his. The defendant was subsequently charged with larceny over $250 and driving with a suspended license.

Here, the defendant could raise the above referenced defense: that he believed the leaf blower was his. Whether this belief was in fact reasonable is unclear from the information from the article, however, with additional investigation, a defense attorney may be able to establish a legitimate basis for such a belief. For example, a defense attorney would need to determine the relationship between the defendant and the alleged victim, including whether they knew each other and how they knew each other. He or she would also need to find out more information about the circumstances under which the leaf blower was taken, including where it was located when the defendant reportedly picked it up. The fact that the defendant immediately told the police that he took the leaf blower because he believed that it belonged to him is also helpful, as it prevents the Commonwealth from arguing that the defendant concocted a story to justify his actions at some later point.

Regardless of whatever defense(s) the defendant may have available, the importance of a thorough investigation of the incident, including interviewing the alleged victim, interviewing other witnesses, visiting the scene, and obtaining more information about the leaf blower, cannot be understated. Many cases turn on investigation alone, and much helpful information can be obtained by talking to the various parties involved, and gathering as much information as possible so that the defense attorney, and the defendant, can make fully informed decisions going forward.

Attorney Daniel Cappetta always thoroughly investigates his cases and explores all possible defenses for his clients. If you or a loved one is facing similar charges to those faced by the defendant here, you will need an attorney who is ready, willing, and able to thoroughly investigate your case and obtain the best result possible for you. Call Attorney Cappetta for a free consultation today.