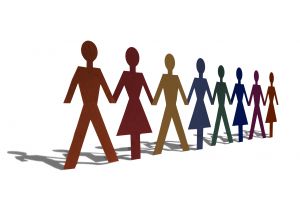 The Boston Herald reports on an interesting case that came out of Boston last week. Three young women who self identify as lesbians were arrested and charged with a hate crime for allegedly assaulting a gay man at the Forest Hills T station in Jamaica Plain.

The whole incident supposedly started when the man bumped the women with a back pack when they were all in a stair well. Prosecutors allege the confrontation developed into an all out assault with all three women repeatedly punching and kicking the victim. Prosecutors told the court that the victim suffered a broken nose as a result of the altercation. He told the police that during the assault the women called him insulting homophobic slurs and he believed the attack was motivated by his sexual orientation.

Prosecutors likely used a charge called assault and battery with the intent to intimidate as the criminal offense in this case. This offense is part of the Massachusetts hate crimes laws outlined in Massachusetts General Laws Chapter 265 Section 39. This statute makes it a crime to assault someone with the intent to intimidate them because of their race, color, religion, national origin, sexual orientation or disability. If there is an injury from the assault a defendant can face a penalty of up to 5 years in state prison.

Absent from the statute is any limitation on charging someone from one race or sexual orientation with an attack on someone from that same group. Although the young women in this case have the same sexual orientation as the alleged victim, it will not guarantee they won’t be convicted. If a prosecutor can convince a jury beyond a reasonable doubt that the motivation behind the attack was to intimidate the victim because he was gay they may be able to obtain a conviction.

Although a conviction is possible in this case it will be difficult to obtain. The article states the reason for the confrontation was contact made with a backpack in the stairwell. If the jury believes the reason for the fight was the backpack, and that the name calling was simply a part of the fight they will have to find the women not guilty of the hate crime. Proving that an attack was motivated by race is easier in situations where the Ku Klux Klan or other hate groups are involved. However, in a situation like this where both the alleged attacker and the alleged victim are both members of the LGBT community it will be difficult to prove that any slurs said during the attack were part of an effort to intimidate rather than words spoken out of anger during a confrontation.

Accusations of a hate crime are not to be taken lightly. The penalties are often severe and there can be intense media scrutiny and pressure on prosecutors to push for increased penalties in these cases. If you have been charged with a hate crime contact me immediately for a free consultation regarding your case. As a Massachusetts hate crimes defense lawyer I can help you evaluate your case and the potential defenses you may have. In your free consultation we will discuss all aspects of your case without any obligation to hire me, and without any high pressure sales tactics. You will receive an honest in depth assessment of your case, and a quote on what it will cost to handle. That quote is guaranteed, and you will never pay a dollar more than amount set at your consultation.