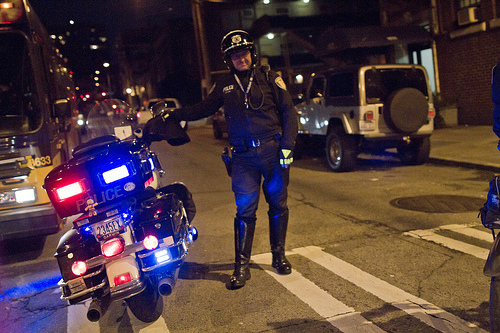 Few situations are as frustrating for criminal defense attorneys as when the police lose or destroy evidence that may be helpful to a client. Yesterday the Springfield Republican reported on a case where a young man is alleged to have attempted to take a police officer’s weapon from him. The young man was then arrested in what he contends was a violent arrest where he was kicked, punched and choked by police. (for more on the young man’s side of the story visit the website his supporters started) He also contends the police made up the allegations that he attempted to take an officer’s weapon to justify the violent way in which he was arrested.

A bystander who witnessed the violent arrest took some video of the altercation on her cell phone. The police confiscated the cell phone, and when it was eventually returned to the bystander, the video she had taken of the incident had been erased. This presents an enormous challenge for the defense in the case. Evidence that could help the defense convince a jury the arrest involved excessive force is now lost forever.

Although the fact the police lost or destroyed this evidence is damaging to the prosecution’s case, it does not in any way guarantee that the young man will get his chages dismissed. In Massachusetts when the police lose or destroy evidence the court is supposed to engage in a lengthy analysis of what, if any sanction is required. Before the court will even entertain a sanction the defendant has to make a showing to the court that the evidence lost was reasonably likely to be helpful to his case. It is not enough merely to speculate the lost evidence might be helpful, rather there must be a basis to believe it may be helpful from other evidence. This requirement in and of itself poses a major problem to the defense because when a videotape is destroyed its awfully difficult to prove to the court it would have been helpful, since the police deprived the defense of the opportunity to view it.

Even if the defense can show the destroyed evidence would have been helpful then dismissal is still unlikely unless a judge finds that the police acted in bad faith by losing or destroying the evidence. In the case of Commonwealth v. Sassville the Court did find that gross negligence on the part of police in destroying or losing evidence could be enough to warrant dismissal. In that case the defendant was charged with rape, and the Commonwealth had ordered the aborted fetus of the alleged victim destroyed without giving the opportunity to the defense to test that fetus and see if the defendant was the father. The court ruled the gross negligence of the Commonwealth combined with the irreplaceable nature of the evidence warranted dismissal.

It will be interesting to see how the Springfield court rules in this particular case. Although it seems clear the judge was troubled by the manner in which this video evidence was lost or destroyed, it is not at all clear that he will find that the case should be dismissed as a result.

If you or someone close to you has been charged with a crime contact me immediately. If evidence like video or audio recordings may exist that can help your case as a Framingham criminal defense lawyer I can petition the court immediately for that evidence to be preserved so that you will have all possible avenues open for your defense. Call now to set up a free consultation and I will meet with you personally to discuss your case in depth and share with you possible strategies for defense as well as possible outcomes. There is never any high pressure sales pitch at a free consultation, and the price quote you are given at the consultation is guaranteed. You will never be billed for any amount above your initial quote. Call today 508-762-4540 or use the form at the top of this page.