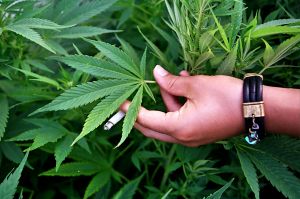 Regular readers of this blog will recall a post from December of 2011 where I outlined some of the ongoing confusion over Massachusetts marijuana laws. Last week the Supreme Judicial Court ended some of that confusion with the decisions issued in Commonwealth v. Shawn Keefner and Commonwealth v. Brian Dee.

In 2008 Massachussetts voters overwhelmingly approved the proposition 2 ballot initiative which decriminalized the possession of less than one ounce of marijuana. The defendants’ lawyers argued that because the new law decriminalized possession of marijuana under an ounce that they could not be prosecuted unless they possessed an amount over an ounce with the intention to distribute it. The language of the new law approved by voters did seem to offer support to the defense attorneys’ position.

In deciding these cases the Supreme Judicial Court relied on a series of prior decisions in civil cases, where the court had found the statutes they were interpreting lacking, and had to apply their own reasonable construction. Their decision implied that this new law was carelessly drafted, and as a result their interpretation keeps possession of marijuana under an ounce illegal if there is evidence the person intends to distribute that marijuana. In part the court relied on what it felt the intent was of voters who supported this new law. Individuals who possess marijuana in an amount less than an ounce who are not believed to intend to distribute it remain free from criminal liability.

Although I was disappointed in the decision made by the SJC it will now bring consistency to how these cases are treated across the Commonwealth. Since the new law became effective in 2009 each case was being treated differently depending on how each individual district court judge interpreted the ambiguity in the stautes. Now attorneys across the state will at least have the ability to advise clients with more authority on how the law will view their individual case.

In Massachusetts drug charges are treated very seriously by the court system. Many charges carry minimum mandatory jail sentences that can result in years behind bars. Other charges that don’t carry mandatory jail time can result in a loss of license or a criminal record that prevents you from obtaining employment. As a Framingham Drug Crime Lawyer I have successfully defended clients facing drug charges throughout the Commonwealth of Massachusetts. I have had success in getting charges dismissed and protecting my clients criminal records, and also have been able to get clients facing lenthy mandatory minimum sentences outcomes that allow them to avoid serving even a single day in jail. If you or a loved one is facing a drug charge contact me today for a free consultation.