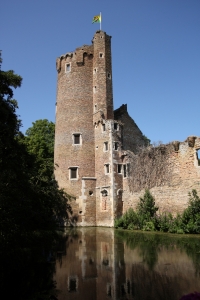 As a Massachusetts Criminal Defense Lawyer people often come to me with questions about hypothetical situations, wondering what their rights are if they are ever put in a position of danger. In Massachusetts our law does allow for a person to defend themselves if they are put in fear of an imminent attack from another. The legal level of force that a person can use to defend themselves from someone who is a threat is determined by what kind of threat the person faces. For example if you are walking down the street and get into a confrontation with someone, and that person draws a gun with the intent to shoot you the law would allow you to meet that deadly threat with deadly force of your own. You would be well within your rights to draw your own weapon and fire first in an attempt to save yourself from being shot and killed.

However most cases involve some sort of threat of force well below a gun being drawn. In those cases where deadly force is not threatened a person is only allowed to respond with non deadly force. For example, if someone were to take a swing at you it would be well within your rights to swing back, or to try to restrain the person and stop them from hitting you again.

At trial there is never a burden on the defendant to prove that he or she acted in self defense, rather the prosecution must prove that a defendant did not act in self defense. One of the things a jury is instructed to take into account when considering self defense is whether or not the person had an opportunity to retreat rather than use force in their defense.

In Massachusetts if an incident occurs inside someone’s own home judge can order the jury not to consider whether or not there was an opportunity to retreat. This principle is often referred to as the “Castle Defense”. The idea is that a man’s home is his castle, and that no man should have to consider retreat from a tresapasser threatening great bodily injury or death in his own home. In Massachusetts this defense is statutory and flows from Section 278 Chapter 8A of the Massachusetts General Laws. As a result if someone is accused of a crime when they are in their own home, and the alleged victim was a tresspasser at the time of the alleged crime, a judge can instruct the jury on self defense and does not have to include language about the defendant not having an opportunity to retreat.

If you or a loved one has been accused of an assault or an assault and battery contact me today for a free consultation regarding your case. As a Massachusetts Assult Crimes Defense Attorney I have defended people faced with charges who were only acting in their own self defense. I can help you evaluate your case and understand the process you are now facing. There are tricks or high pressure sales tactics at the consultation, just an honest and open evaluation of your case, and answers to your questions. You will be given a quote of how much the case will cost to handle and you are guaranteed to never pay more than the quoted price.

If you are facing criminal charges call today for help.