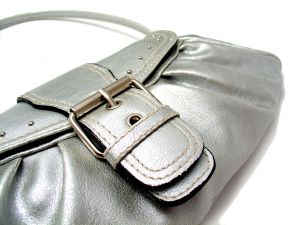 A Natick man was arrested on Monday, October 22, and charged with unarmed robbery and disorderly conduct, according to the Metro West Daily News. The arrest occurred around 1:30 p.m. outside of a Dunkin’ Donuts on 245 North Main Street in Natick.

Witnesses claim they saw the man and a woman yelling and struggling before the man allegedly ran away with her purse. Witnesses reportedly stopped and held the man until police arrived. The man claims he was trying to get $200 back that his ex-girlfriend stole from him.

The man posted $200 bail after his arrest. However, the probation department asked for him to be held on a probation detainer. The man was placed on probation last month for assault and battery with a dangerous weapon, based on a Framingham arrest in 2011. The judge at the Framingham District Court did not order the man to be held on the probation detainer. Rather, the judge increased the bail to $400. The man is due back at the Framingham District Court for a pretrial conference on November 4th.
The man’s claim that he was only trying to get the $200 back that his ex girlfriend stole from him did not persuade the judge to dismiss the charges against him. However, the man has not been convicted, yet. The Commonwealth must prove that he robbed the alleged victim beyond a reasonable doubt in order to convict him.

An experienced attorney could help the man assess his possible defenses and decide on the best course of action. The Fifth Amendment could help him overcome these charges. The alleged victim is the man’s former girlfriend. The man claims that she stole money from him that he was trying to recover. His former girlfriend may want to “take the Fifth” in this case and not implicate herself in any possible crimes by testifying against him, including theft or assault and battery due to the alleged struggle that ensued between them. However, because this incident happened outside of a Dunkin Donuts, there are other witnesses that the Commonwealth may call. Therefore, even if the man’s former girlfriend exercises her Fifth Amendment right not to testify against him, the Commonwealth may be able to convict the man based on the other witnesses’ testimony. Additionally, even if the money the man took belonged to him, he allegedly stole his former girlfriend’s entire purse, not just the money. The Commonwealth could make a successful case for robbery based on the taking of the purse, even if the money inside belonged to the man.

The man needs an experienced Massachusetts robbery attorney to help him beat the charges he’s facing. If you are facing a charge of robbery, contact Attorney Cappetta today.