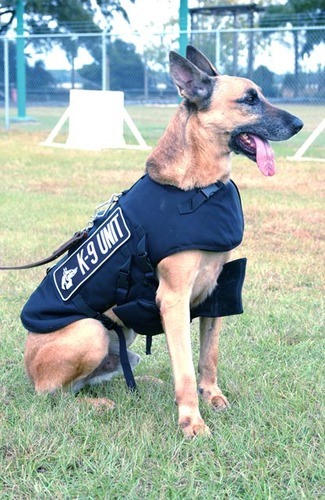 The Supreme Court will soon decide whether police violate the Fourth Amendment by bringing a drug dog to the front door of a suspected marijuana grow house to execute a dog sniff, and the implications will be important for persons accused of drug crimes in Massachusetts and elsewhere.

The Court heard argument in the case of Florida v. Jardines, one of two recent dog sniff cases, in October 2012. The other case, Florida v. Harris, was decided in February 2013, with the court holding that the government does not need to produce records of a drug dog’s field performance to establish reliability. Oral argument from Jardines suggests a result more favorable to criminal defendants and those who care about the right to privacy.

In Jardines, police received a tip that the defendant’s home was being used to grow marijuana. Based on nothing more than that tip, police went to Jardines’ home with a drug detection dog. Police brought the dog onto the front porch, and the dog alerted on the front door. Police then obtained and executed a warrant to search the house and found evidence of a marijuana- growing operation. The Florida Supreme Court determined that, in this context, use of the dog was an unreasonable search. That court relied on Kyollo v. United States, in which the Supreme Court held that police use of a heat-sensing device aimed at the exterior of a house to investigate a suspected marijuana grow operation was unconstitutional. Florida officials are asking the Supreme Court to rule that, even at a home, a dog sniff is not a search at all.

At argument, the Justices seemed to be reluctant to adopt the government’s position that a dog sniff executed on a front porch is not a search. Much of the Justices’ questioning related to the academic question of whether the officer’s bringing the dog to the door amounted to a trespass. Justice Scalia thought that it would be a “search” for a police officer, with an intent to smell for drugs, to go up to a door with or without a dog. Justice Sotomayor noted that officers doing “knock-and-talks” are usually looking for something inside the home.

Based on the argument, my guess is that the defendant will win this one. However, as a Massachusetts criminal defense lawyer, I am still concerned about the disturbing possibility of ever-increasing privacy invasions. Consider the frightening possibility of the police going door to door with drug dogs who, in light of Harris, might not even have a history of accurate field alerts. If the Supreme Court rules in favor of the government in Jardines, then there would seemingly be nothing preventing police from doing just that.

If you or someone you know has been charged with a Massachusetts criminal offense, contact me at (508) 762-4540. Cappetta Law Offices is a criminal defense firm with Natick and Framingham office locations. I am an experienced defense lawyer and former prosecutor, and I represent the criminally accused in local courts and courts throughout the Commonwealth.