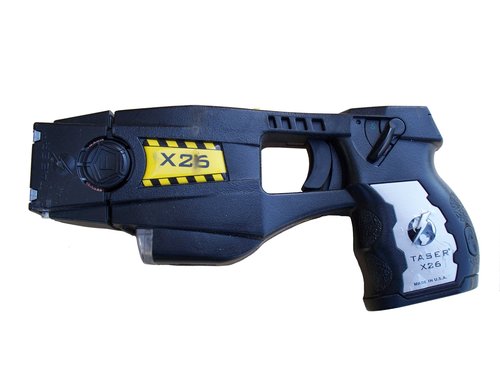 A 32-year-old Southborough man, was charged with assault and battery on a police officer, operating under the influence (second offense), and malicious destruction of property over $250 in Framingham District Court on March 11, the MetroWest Daily News reported.

The man was arrested by Natick police officers over the weekend following an accident on Route 9. He allegedly rear-ended a car stopped at red light. Police claim that the man was uncooperative during the booking process. As a result, an officer attempted to escort him to a holding cell. At that point, police claim that the man became “combative” with the officer, swinging at him and knocking the officer’s eyeglasses onto the floor. Officers shocked the man with a Tazer.

In this particular article there is nothing suggesting there was any wrongdoing by the Natick Police Department. However, in general it is not unusual to sometimes see criminal defendants charged with assault and battery on a police officer after police use violence, unnecessary aggression, or unlawful force during an arrest. In order to protect themselves from allegations of unlawful use of police force, officers sometimes claim the defendant committed an assault and battery on an officer. The same is often true in resisting arrest scenarios. This is no secret to any experienced criminal attorney. It’s not unusual for defendants facing these charges to walk into lawyers’ offices having visible injuries. Luckily for defendants, in many departments the booking process is now videotaped, and some cruisers have video equipment. Particularly in commercial areas like Route 9, retail establishments might have video surveillance as well. Whenever possible it is always wise get a copy of the booking video or any other video evidence in order to look into what really happened during this encounter.

The malicious destruction of property over $250 charge relates to the officer’s eyeglasses. If the glasses were damaged during this alleged struggle, the man might argue that any damage was not “malicious.” Another possible defense would be that the value of or damage to the glasses was not really more than $250.

The article does not contain much information relative to the basis of the OUI 2nd charge, apart from the fact that there was an accident. Massachusetts law provides for increased penalties for second and subsequent drunk driving convictions. Prosecutors tend to be less sympathetic to OUI defendants when there has been an accident. The man might be facing some relatively serious penalties and should speak with an aggressive defense lawyer.

If you or someone you know has been charged with a crime in the MetroWest area or elsewhere in Massachusetts, call Cappetta Law Offices at (508) 762-4540.