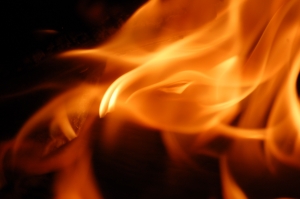 On March 5, 1982, a five-alarm fire killed a family of four and four others in Lowell, Massachusetts. Within 48 hours, the Lowell Police Department had arrested three people – the defendant and two other men who were brothers. The defendant was just 24 years old at the time and was reportedly arrested because a witness claimed that he had seen him throw something into the building prior to the fire. After his arrest, the defendant was questioned by police for 6.5 hours. During the interrogation, the defendant claimed to be “the son of God,” and ultimately confessed that he and the brothers threw Molotov cocktails into the building to seek revenge for a botched drug deal. The defendant specifically told police that he watched as the brothers filled 12-ounce Miller beer bottles with flammable liquid and rags in the basement of 38 Branch Street, where The defendant and one of the brothers lived. The trio then reportedly spent the day drinking, and eventually headed to Decatur Street, the site of the fire.

The charges against the brothers were dropped when the defendant refused to testify against them at a probable-cause hearing. They returned to Puerto Rico (and have since died), but the defendant went to trial in 1983 and was convicted of arson and 8 murders. He was sentenced to life in prison. Following the convictions, the defendanto appealed, but the appeal was denied. The defendant also filed two motions for a new trial, which were likewise denied.

In June 2010, however, a Boston Globe article written by reporters at the New England Center For Investigative Reporting concluded that the investigation and prosecution of the defendant had been compromised by a “series of grave shortcomings” that suggested he was wrongfully convicted.

Specifically, the findings indicated that:

(1) Lowell police quickly determined it was arson, but since the science of fire-scene investigations has changed since then, the burn patterns investigators believed was evidence of arson may not be;

(2) No accelerant was found, casting doubt on the Molotov-cocktail theory of what started the fire;

(3) The Spanish-speaking translator who helped police question the defendant now says the defendant was delusional during questioning and did not understand when he signed his confession;

(4) The defendant’s court-appointed defense attorney was distracted by his own legal problems — a motor-vehicle-homicide charge — and should have withdrawn from the case.

The investigation and subsequent findings prompted the defendant to file a motion for a new trial for a third time, arguing that his confession was not voluntary, and that new scientific developments cast doubt on whether the fire was in fact arson rather than accidental. At the hearing on the motion for the new trial, a doctor who reviewed the case testified that the defendant, a heavy drinker, was experiencing symptoms of alcohol withdrawal during interrogation and was delirious. Further, an arson specialist who reviewed the case found that the evidence was equally consistent with an accidental fire, testifying that the original investigators incorrectly interpreted their observations of burn patterns on the hallway and kitchen floor as being consistent with the use of a liquid accelerant. Another specialist testified that the type of Molotov cocktails allegedly used in the fire, 12-ounce beer bottles containing flammable liquid, were not powerful enough to ignite such a large fire. A third fire investigator testified that the fatal fire “could have been an accident” and that investigations from this era were routinely flawed by contemporary standards.

This time, the court agreed with the defendant and his defense attorneys. The judge found that new evidence of potential flaws in the 1982 investigation, along with questions over whether the defendant’s confession was given voluntarily, warranted a new trial. The Middlesex District Attorneys Office is still reviewing the decision and considering whether to appeal.

Despite the uphill battle and prior denials for new trials, the defendant’s attorneys continued to advocate for him and ultimately got the just result. While the fight was by no means easy, the attorneys stuck with the case and made sure that the defendant got the outcome he deserved. If you or a loved one has been convicted and there is new evidence that casts doubt on your guilt, you will likewise need a skilled attorney to fight to overturn your conviction just like the defendant did. Attorney Daniel Cappetta is as dedicated to his clients as the defense team in the defendant’s case. He has filed numerous motions for new trials and obtained the right results for his clients. Call him for a consultation.