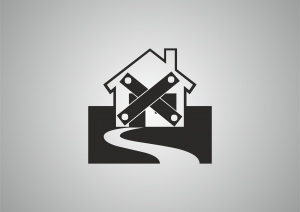 According to an article in the MetroWest Daily News, a man allegedly damaged property at his home this past week. The article states that the defendant lives with his mother in Sudbury, and that his mother told him that he needed to go to an alcohol abuse treatment program. The article also indicates that the defendant’s mother told him that he could not come home until he had undergone such treatment. The defendant then reportedly went to a detox program for several days, but ultimately checked himself out. After the defendant left the program, he attempted to return home. When he did so, his mother apparently refused to let him inside. The defendant then allegedly threw a chair at the front door and made other attempts to enter the home.

Considering the fact that the defendant’s mother was in court on his behalf, there seems to be a possibility that she is not interested in pursuing the case, and therefore may try to avoid testifying. Regardless of whether the mother agrees to testify against him, however, the defendant appears to have an argument that he lives at the house and therefore has an affirmative defense that he honestly and reasonably believed that he owned the property. Specifically, under Massachusetts law, an owner of property can do what he likes to it, including throwing a chair at it and/or damaging it. In light of a property owner’s right to engage in such behavior toward his own property, the defendant may well have an argument under Massachusetts case law that he cannot be criminally prosecuted for the damage that he caused to the property because he had an honest and reasonable belief that he owned it. Despite having this potential affirmative defense, however, the defendant will still need an experienced defense attorney to thoroughly research, prepare, and litigate the case.

If you or a loved one has been charged in a criminal case and has a strong potential defense, you will likewise need an attorney to help guide you through the criminal justice system and make sure that your defense is properly and persuasively presented to both the court and the jury.

Attorney Daniel Cappetta has been litigating and trying criminal cases for many years and has experience on both the prosecution and defense side. He knows how to assess the strengths and weaknesses of a case, identify potential defenses, and execute them. Let him help you. Call him for a free consultation today.