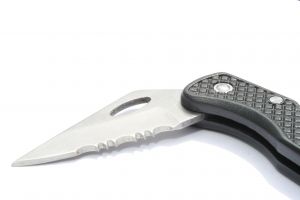 According to an article in the MetroWest Daily News a 31 year old man was arrested on Saturday, February 2nd at approximately 2:15 p.m. on charges of assault with a dangerous weapon. The man’s arrest allegedly stems from an argument in his hotel room at the Sheraton Hotel in Framingham. The argument reportedly involved two men in addition to the defendant.  The three men work for a New Mexico company called Keystone. The men were reportedly staying at the Sheraton Hotel at 1657 Worcester Road to do installations at the hotel.

Around 1:00 a.m. on Saturday, February 2nd, one of the men allegedly stabbed the defendant in the chest, injuring him slightly. The defendant then allegedly attacked the man, who reportedly sustained multiple lacerations to his face. Police allegedly found a small knife in the hotel room with blood on it. The defendant reportedly told officers that he was defending himself when he cut the man. The third individual reportedly took the injured man to the hospital after the argument. The three men reportedly told police that “a long night of drinking” led to the dispute and resulting injuries and arrest.

Judge Robert Greco ordered the defendant held on $2,500 cash bail. The judge was likely motivated to set such a high bail amount due to the fact that the defendant is an out of state resident. The court wants to ensure that defendants are present for their next court date after arraignment. Therefore, defendants who do not have strong ties to the community are seen as more likely to flee and may receive higher bail amounts.

This case involves numerous complexities, including an ambiguity about the defendant’s home state. Conflicting information has arisen about whether he is from Pennsylvania or Mississippi. Additionally, the alleged victim and witness are both from New Mexico. Having the directly involved parties in this case all from states other than Massachusetts will likely lead to challenges for the prosecutors, defense attorneys, and many other parties involved in the case. Because the defendant’s bail is set at $2,500, he may remain in jail until his next court date. He has reportedly only worked for Keystone for a couple of weeks and only made about $200 thus far.

Someone facing a charge as serious as assault with a dangerous weapon needs an experienced Massachusetts criminal defense attorney with the skills to advocate on his behalf. The defendant has a possible defense–self-defense–against the charge he is facing. Often, a fight results in one party being charged with a crime, even when that person was defending himself against an attack. The police who arrive on the scene may be missing crucial information that would allow them to assess who the instigating party was and who was merely defending himself.

If you are facing an assault charge, contact me at Cappetta Law Offices today.