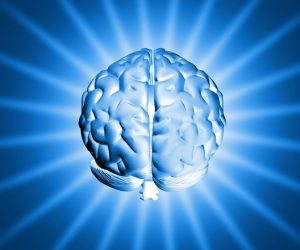 According to an article in New York Magazine, the criminal justice system needs to reconsider it’s approach to offenders that are young adults in light of recent findings on brain development.

The article states that the United States criminal justice system has “been notorious for its proclivity for imprisoning children,” noting the existence of laws that allow prosecutors and judges to treat juveniles like adults within the system. This is accomplished in Massachusetts by transferring juvenile cases to adult court under certain circumstances (i.e., when the juvenile is alleged to have committed a crime that is deemed sufficiently serious), and prosecuting them as “youthful offenders.” According to the article, the United States is “an outlier” in terms of the rates at which it imprisons children, including juveniles that receive life sentences. The article notes that this has caused a “great deal of outrage and advocacy” from human rights organizations. These organizations argue that juveniles should be treated more leniently in light of the fact that their decision making capabilities is compromised due to their age – namely, their brains are not fully developed and therefore they lack the ability to control impulsivity and make sound judgments in the way that the fully developed adult brain does.

The article references one writer, Dana Goldstein, who takes this argument one step further by advocating for similarly lenient treatment for young adult offenders in addition to juveniles. The article states that “the more researchers study the brain, the more they realize that it takes decades for the organ to develop fully and to impart to its owners their full, adult capacities for reasoning.” According to the article, “the research suggests that brain maturation continues into one’s twenties and even thirties.”

Many of the insights referenced by Goldstein in the article apparently come from the most recent generation of neuroscience research. The article notes that it has long been accepted that individuals exhibit behavioral changes over the course of their lifespan, but that new imaging techniques only available more recently have allowed researched to make observations of the more subtle changes.

According to the article, since it is accepted that twenty year olds “have brains that are, overall, more likely to fall victim to impulse and temptation” that than those of a thirty year olds, the criminal uvustice system should likewise take these differences into account when adjudicating cases where the defendant is a young adult. The article notes other support for this argument, including the fact that research shows that incarcerating a twenty year old will increase the likelihood of recidivism in the future. The article states that from a sociological standpoint, people are growing up more slowly than they used to – going to school for longer, relying on support from their parents for longer, and finding a spouse and settling down later. The article makes the case that helping young adults get the “resources they need to live a productive life” rather than sending them to jail or prison will have a net benefit for society.

The article does acknowledge that brain development is complicated and that everyone’s brain develops at a different rate, therefore it’s impossible to make a “one size fits all” statement about a person’s “reasoning and judgment capabilities” at any given age. That said, however, it is clear that there are important average differences between young adults and older ones, and that many states in the U.S. don’t recognize that difference.

The article does note that Raise the Age campaigns, such as the one that recently succeeded in Massachusetts, are making headway in a number of states, so there is some hope that the criminal justice system will catch up with neuroscience research at some point.

If you or a loved is facing a charge as a juvenile or young adult, it is of the utmost importance that the judge hearing the case has a full understanding of juvenile and/or young adult brain development, and how that brain development relates to behavior. Attorney Daniel Cappetta practices in both juvenile and adult court and will clearly and cogently present these issues to the court to get the best possible result for your case. Call him today for a free consultation.