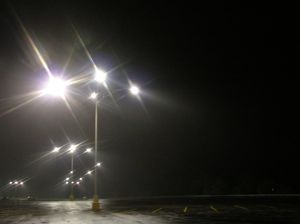 After the alleged victim provided his account of assault to the police, they arrested the defendants. Defendant number two made a statement indicating that he was the one that had been assaulted by the alleged victim rather than the other way around. He specifically stated he had tried to buy drugs from the alleged victim and that the deal “went bad.” Defendant number two also had visible injuries, including a welt under his eye and a bite mark on his back. As a result of the incident, both of the defendants were charged with armed robbery, conspiracy, threats to commit a crime, and assault and battery with a dangerous weapon with substantial injury to the victim.

Although the charges that the defendants are facing are quite serious, there appears to be a real question as to whether the Commonwealth will be able to proceed with the case. Of particular concern is the alleged victim’s apparent criminal activity. The Fifth Amendment states that a person cannot be compelled to testify against himself if that testimony is potentially incriminating and/or could result in criminal prosecution. The alleged victim, both by his own admission and based on defendant number two’s statements and physical presentation, appears to have engaged in some sort of criminal conduct – either some agreement to purchase or sell drugs, and/or physically assaulting defendant number two. Because the alleged victim could potentially face criminal charges himself, he appears to have a Fifth Amendment privilege and could therefore refuse to testify. While it could be argued that the Commonwealth is not intending on prosecuting the alleged victim, the Supreme Judicial Court has made it clear that a Fifth Amendment privilege does not depend on whether the prosecutor actually intends to prosecute the case, rather what matters is whether the witness’ testimony could be used in a criminal prosecution, or could lead to other evidence that might be so used.

Regardless of whether the alleged victim is really the party at fault, the defendants will need an experienced defense attorney to investigate their cases, including getting their side of the story, talking to potential witnesses, and checking to see if there is any helpful surveillance footage that captured the incident. If the incident did in fact stem from a drug deal, and if the alleged victim assaulted either of the defendants, their respective attorneys can use this information to help defend their cases.

If you or a loved one is charged with a crime in which the alleged victim engaged in some sort of criminal conduct, you will need an experienced defense attorney to investigate your case just like the defendants in this case. Attorney Daniel Cappetta is such an attorney – he understands the importance of thorough investigation and that it is the key to a good defense. Call him today for a free consultation.