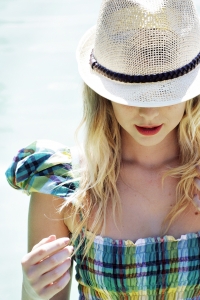 Police were notified of the defendant’s contact with the alleged victim by her parents. The police then set up a sting, posing as the alleged victim in a series of text messages. During these interactions, the defendant reportedly sent a picture of himself to the police. He also reportedly reserved a room at a motel, allegedly for the purpose of meeting with the alleged victim again. Before the meeting took place, however, the police arrested him. The defendant was charged with statutory rape of a child, aggravated rape of a child (due to the more than ten year age difference), child enticement, and indecent assault and battery on a child under fourteen.

The charges that the defendant is facing are undeniably serious – not only because of the potential criminal penalties, but also because of the significant collateral consequences of a conviction for a sex offense, including sex offender registry requirements and potential civil commitment as a sexually dangerous person. Despite the seriousness of the case, however, the defendant may well be in a position to successfully argue that the alleged victim’s claims are not true and that she is exaggerating the nature and extent of their relationship. In particular, the complete and total lack of physical evidence to support the alleged victim’s claim of any sort of sexual contact is extremely helpful. This lack of any objective evidence to corroborate the alleged victim’s claim of sexual contact, in conjunction with the fact that she may well have had a motive to exaggerate the relationship with the defendant to get out from under her parents’ discipline, will likely be essential to the defense.

Regardless of the arguments that the defendant may raise, however, he is still in dire need of an experienced defense attorney who not only knows what arguments to make to the jury, but who is also able to skillfully and successfully present them. If you or a loved is facing similarly serious charges, you will likewise need a practiced and skilled attorney to represent you. Attorney Daniel Cappetta has handled numerous sexual assault cases and understands the investigation, strategy, and presentation required to obtain successful results. Call him for a free consultation today.