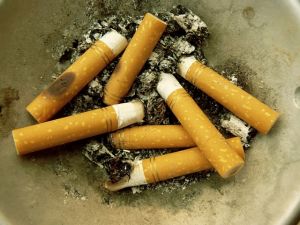 According to an article in the MetroWest Daily News, two men were arrested in Framingham this week for breaking into an apartment building. The article states that a tenant in the building called the Framingham Police Department at approximately 2:15am because she heard a noise coming from the basement. When the police arrived, they found the two men sitting in the basement of the apartment building smoking cigarettes. One of the men told the police that he had a friend that lived in the apartment building. He further stated that he and the other man were walking and that it was extremely cold outside, so they decided to go hang out in the basement and smoke some cigarettes. Both of the men were subsequently charged with trespass and breaking and entering.

It appears that both men have a strong defense to the breaking and entering charges, as well as a potential defense to the trespass charge. As to the breaking and entering, the Commonwealth may have trouble proving both that there was a breaking, and that either of the men entered the building with the intent to commit a felony. A breaking is defined as exerting physical force and thereby forcibly removing an obstruction to gain entry. Obvious examples of a breaking are breaking a window or forcing open a door or window. Going into a building through an unobstructed entrance, such as an open door, however, is not a breaking. Given the fact that there is no indication that the men used any force to get into the building, in conjunction with the fact that one of them reportedly knew someone that lived there, it is not beyond the realm of possibility that this individual left a door open for the men, or that they entered the building through an open, unobstructed door. It also appears that the Commonwealth will have an even harder time proving the third element: that the men entered the building with the intent to commit a felony. There is no indication that there was any property damage or any items stolen from the building – to the contrary, one of the men explicitly stated that they were there smoking cigarettes, and that is exactly what the police found them doing. Therefore, there seems to be a fairly strong argument that the third element of the offense could not be met.

Both men may also have a defense to the trespass charges. As stated above, one of the men indicated that he knew someone in the building. While that individual may not have specifically let the men into the building on this occasion, it’s possible that this individual told the man that he was welcome to use the basement at any time. If such an open invitation existed, then the Commonwealth will have a difficult time proving that the men did not have the right to enter the building.

Although both of the men appear to have defenses to the charges, some investigation will have to be done, including determining whether the resident that the man referenced actually exists and how the men entered the building. Both men will certainly need an experienced defense attorney to make sure that such an investigation is completed, and that any potentially helpful results are presented to the Commonwealth and the court.

If you or a loved one is facing a similar situation where the crux of your defense turns on the quality of the investigation, you will likewise need an attorney who will make sure such investigation gets done properly. Attorney Daniel Cappetta has been practicing criminal defense for many years and always makes sure that his cases are thoroughly investigated. Call him for a free consultation and put his skills to work for you.