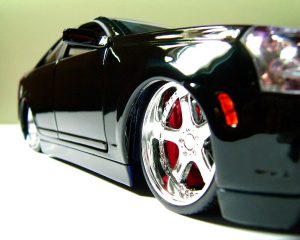 In Commonwealth v. Ortiz, the Supreme Judicial Court affirmed the suppression of firearms seized by the police from the defendant’s vehicle. The SJC specifically ruled that the defendant’s “consent to allow the police to search for narcotics or firearms ‘in the vehicle’” did not authorize the “officer to search under the hood of the vehicle and, as part of that search, to remove the vehicle’s air filter.”

The basic facts were as follows. Officers Hamel and Boyle stopped the vehicle being driven by the defendant after they heard “excessively loud music” emanating from it. As the officers approached the vehicle, Hamel recognized the defendant and one of his passengers as having previously been involved in criminal activity. In response to Hamel’s request for the defendant’s license and registration, “[t]he defendant presented … a Massachusetts identification card that was not a driver’s license…. Hamel asked the defendant … if there was anything in the vehicle that the police should know about, including narcotics or firearms. The defendant responded, without hesitation …, ‘No, you can check.’” “The officers searched the [interior] of the vehicle, but found no contraband…. [Then, they] raised the hood, and a few minutes later, after removing the air filter, Boyle found a black bag that contained two firearms…. [A]t no point did [the defendant] voice any objection to the search.” “The defendant … [was] arrested and transported to a police station” where he “admitted … that the firearms found in the vehicle belonged to him and that he gave consent to the officers to look in his vehicle.” After the return of indictments against the defendant, he filed a motion “to suppress the firearms and the statements he made at the police station.” The judge allowed the motion, finding “that the defendant had given his free and voluntary consent to the search but that, because Hamel had asked the defendant whether he had any narcotics or firearms ‘in the vehicle,’ the scope of the consent was limited to a search for narcotics or firearms in the interior of the vehicle and did not include a search ‘under the hood beneath the air filter.’” The Commonwealth appealed.

In its decision, the SJC stated, “Under the Fourth Amendment and art. 14 [of the Massachusetts Declaration of Rights], unless it is reasonably clear that the consent to search extends beyond the interior of the vehicle, the police must obtain explicit consent before a vehicular search may extend beneath the hood.” “[T]he focus [of the analysis] is solely on what a typical reasonable person would understand the scope of the consent to be, based on the words spoken and the context in which they are spoken, not on what a police officer may understand as the places in a vehicle where narcotics or firearms may be hidden.” Here, stated the Court, “[a] typical reasonable person would understand the scope of [the defendant’s] consent to be limited to a search of the interior of the vehicle, including the trunk.” “The most generous understanding of the defendant’s consent in this case is that it was ambiguous whether it included the engine area under the hood and whether it authorized the police to remove the air filter. But the police are not allowed to take advantage of such ambiguity when they have the ability to resolve it with clarifying questions.”

Anytime the Commonwealth attempts to use consent to validate a warrantless search, such a claim must be carefully assessed. If you or a loved one is facing criminal charges because of a search similar to the one conducted in this case, you may well have an argument that any evidence recovered as a result of the search should be suppressed. Attorney Daniel Cappetta has successfully represented clients at motion to suppress hearings many times. Put his expertise to work for you and call him for a free consultation today.