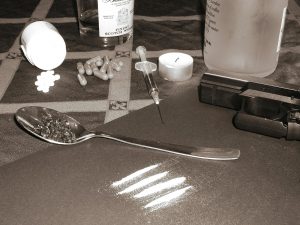 In Commonwealth v. Rodriguez, the Appeals Court reversed the defendant’s conviction of trafficking in heroin because the field test of the purportedly illegal substance seized by the police was not evaluated for scientific reliability under the Daubert/Lanigan standard (Daubert v. Merrell Dow Pharmaceuticals, Inc., 509 U.S. 579 [1993]; Commonwealth v. Lanigan, 419 Mass. 15, 26 [1994]).

The background was as follows. In April, 2009, Boston police officers executed warrants to search the defendant’s apartment, his vehicle, and his person. In a bedroom closet, “the police found … a small pouch that contained nine individually wrapped packages, or ‘fingers,’ of a substance that resembled sidewalk chalk. A search of the defendant’s person yielded two similar packages. Officer … England took the eleven packages to the police station and conducted a field test using a NarcoPouch 924 test kit.” The field test indicated that the substance was heroin. “The eleven packages were sent to the William A. Hinton State Laboratory Institute … for testing. As the primary chemist assigned to the case, Annie Dookhan ‘received [the packages] from the evidence office[,] … checked [them,] and [did] all the preliminary testing, which included doing the net weight, doing color tests, [and] perhaps … other kinds of testing.’ Della Saunders, the confirmatory chemist, received eleven vials prepared by Dookhan and tested them, concluding that ‘they were positive for the presence of heroin.’ Both Dookhan and Saunders certified that the packages seized from the defendant’s closet and person contained heroin.

In 2013, Dookhan pleaded guilty to twenty-seven counts of criminal misconduct, including tampering with evidence, perjury, and obstruction of justice.” Evidence of Dookhan’s misconduct, “including the transcript of her guilty plea colloquy,” was admitted at the defendant’s trial. There was also evidence that “[a]fter Dookhan’s wrongdoing came to light, the Commonwealth sent the eleven packages seized from the defendant to” a state police laboratory for retesting by chemist Sarah Clark, who “concluded that [the packages] contained heroin. At trial, the defendant argued that Dookhan’s participation irrevocably damaged the Commonwealth’s case, and specifically that the Commonwealth could not meet its burden of proving that the packages the Boston police seized from the defendant contained heroin before Dookhan gained access to them. The Commonwealth combatted this defense on two grounds: first, that there was no direct evidence that Dookhan altered the evidence in this case and second, that the field test and circumstantial evidence proved” that, in the words of the prosecutor in closing argument, “‘it was heroin on [the] date [of the field test], and it is still heroin.’” On appeal, the defendant “contend[ed] that the judge erred by allowing the Commonwealth to introduce the results of the NarcoPouch 924 field test for heroin without demonstrating the test’s scientific reliability under … Lanigan.”

In its decision, the Appeals Court ruled that “field test evidence may not be offered without a demonstration of its validity or reliability under Lanigan.” The Court noted that “the field test evidence was used [here] without restriction and with no instruction on its presumptive nature or the possibility of false positives…. [I]n closing argument, the Commonwealth characterized the field test as conclusive evidence that” the substance was heroin…. Allowing the field test to be used for this purpose without prior scrutiny under the Lanigan protocol was [prejudicial] error.”

If you or a loved one is facing charges where the Commonwealth is attempting to admit forensic or scientific evidence against you at trial, it is of critical importance that you have an attorney who is willing and ready to challenge the reliability, and therefore the admissibility, of such evidence. Attorney Daniel Cappetta has successfully excluded harmful evidence many times, to the benefit of his clients. Call him for a free consultation today.