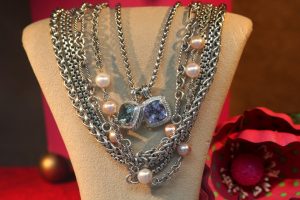 In Commonwealth v. Carlson, the Appeals Court reversed the defendant’s conviction because the judge erred in denying the defendant’s motion to suppress evidence of “the single-photograph identification procedure [employed by the police, which] violated the defendant’s rights under art. 12 of the Massachusetts Declaration of Rights.”

The background was as follows. “Pauline and Emile Daigle, a couple in their seventies, hired a professional moving company to move from their single-family home … to a condominium unit.” The day after the move, “Pauline Daigle reported to [the] police that seventeen pieces of jewelry valued at approximately $30,000 were missing; only empty boxes remained in the dresser drawers where she had stored the jewelry.” The police investigator (Detective Hall) “learned that two moving men had handled the move: [a man named] Norton and the defendant…. Norton told Hall that the defendant had been alone in the … bedroom [of the victims’ old house] where the jewelry had been stored and also when he (the defendant) had unpacked the bedroom dresser drawers at the end of the move in [the victims’ new residence]. Norton also said that when he gave the defendant a ride home after the move, the defendant asked to be dropped off instead at a [certain] pawn shop…. This request struck Norton as odd” because “the pawn shop was only two doors away from the defendant’s home.” Hall went “to the pawn shop, where he spoke with its owner, Euidong Do, and asked whether anyone had come into the store on the day of the move in order to pawn or sell anything. Do said that a man, with whom Do had previously dealt at a different store, had come in to the shop around 3:00 P.M. wanting to sell jewelry…. Do only agreed to hold the jewelry as collateral for a three-week loan, i.e., the jewelry was pawned. Do asked whether Hall had a picture of the suspect. Hall produced a photograph of the defendant and showed it to Do. At that point, Do positively identified the defendant as the person who had come into the shop and pawned jewelry on the day of the move. Do then gave Hall an envelope containing the pawned jewelry. Hall took the jewelry and later showed it to Pauline Daigle, who identified the pieces as among those taken during the move. After the return of the indictment charging the defendant with larceny over $250, he moved “to suppress Do’s identification, which was made as a result of the single-photograph display conducted two days after the theft and in response to Do’s request to see a photo of the ‘suspect.’” The judge denied the motion. Do’s “identification was an important part of the evidence at the defendant’s jury trial, which resulted in his conviction.”

In its decision, the Appeals Court opined that “[b]ecause … there was no good reason to conduct the single-photograph identification procedure in the circumstances presented,” Do’s identification of the defendant should have been suppressed. The Court explained that “[f]or constitutional purposes, a one-photograph identification is the equivalent of an in-person, one-on-one identification (often referred to as a ‘showup’)” and is “generally disfavored as inherently suggestive.” “‘In assessing the suggestiveness of an identification, we consider “whether good reason exists for the police to use a one-on-one identification procedure.”’ [Commonwealth v.] Forte, 469 Mass. [469,] 477 [2014], quoting from Commonwealth v. Austin, 421 Mass. 357, 361 (1995).” “‘Good reason’ exists where some combination of the factors collected in Austin is present.” The Court opined that “[n]one of the Austin factors [were] present here. This was a property crime, not one of violence; there were no immediate safety concerns; the identification was not made in the immediate aftermath of the crime; and there is no suggestion that the detective would be thrown off track unless he used the single-photograph display.”

Identification evidence is one of the most powerful types of evidence that can be admitted against a defendant at trial. If you or a loved one is facing a criminal charge in which identification evidence will potentially be offered against you, you will need an attorney to fight to suppress that evidence, just like the defendant in this case. Attorney Daniel Cappetta is an experienced and skilled attorney who has litigated numerous motions to suppress.  Call him today for a consultation to determine whether you have a strong motion that should be litigated.