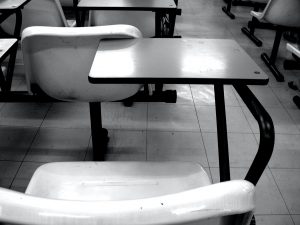 In Commonwelth v. Orbin O., a juvenile, the Supreme Judicial Court issued a decision addressing a Juvenile Court judge’s authority to dismiss a case prior to arraignment. Unlike the decision recently issued in Newton N., however, the SJC ruled that the judge in this case did have the authority to dismiss the complaint prior to arraignment. The SJC specifically held that where a delinquency complaint is sought by a private party under G.L. c.218, §35A ((rather than by the police, as in Newton N.), and where the prosecutor does not affirmatively move for arraignment, “a judge considering [the] juvenile’s motion to dismiss prior to arraignment may consider whether the clerk-magistrate abused his or her discretion in issuing the complaint and, in doing so, may consider whether dismissal is in the best interests of the child and in the interests of justice.”

In its decision reinstating the delinquency complaint, the SJC “conclude[d] that the judge erred in finding that there was not probable cause to believe that the juvenile acted intentionally in shouldering into his instructor.” The Court stated, “[W]e understand the judge to have concluded that the juvenile’s act of shouldering into the instructor was legally justified by the juvenile’s desire to leave the classroom, which was permitted as a deescalation strategy in his IEP. We reject the notion that a child is justified in committing a battery against an instructor who is blocking his or her egress from a classroom because the child’s IEP permits the child to leave the classroom when he or she becomes agitated.” Regarding the procedures for issuance of a delinquency complaint sought by a private party under G.L. c.218, §35A, the SJC stated, “While a judge or clerk-magistrate may issue a criminal or delinquency complaint under §35A only where the complaint is supported by probable cause, it is within his or her prerogative to decline to issue a complaint, even where there is probable cause.” “The scope of a Juvenile Court judge’s authority to dismiss [such] a delinquency complaint at a motion to dismiss hearing … depends on whether the prosecutor has affirmatively adopted the complaint as a matter that he or she wishes to prosecute by moving for an arraignment…. Where a prosecutor exercises his or her prosecutorial discretion by moving to arraign the juvenile, the separation of powers doctrine in art. 30 of the Massachusetts Declaration of Rights bars a judge, in the absence of statutory authority, from dismissing a valid delinquency complaint.” “[W]here a complaint was initiated by a private party and has not been adopted by the prosecutor, the validity of the complaint must include a [judicial] review of the clerk-magistrate’s exercise of discretion.” In conducting such a review, the judge “may consider whether dismissal of the complaint is in the best interests of the child and in the interests of justice.”

If you have a child in similar circumstances, you will need a criminal defense attorney who is up to date on developments in juvenile law, and who will use any and all law available to help defend your child’s case. Daniel Cappetta is an attorney with extensive experience successfully representing juveniles in court. Call him for a free consultation.