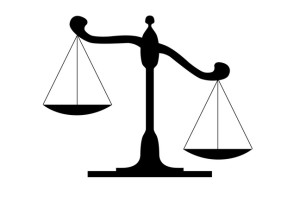 Doe was convicted of indecent assault and battery on a child under fourteen. Following the conviction, SORB determined, by a preponderance of the evidence, that Doe should be classified as a level two sex offender. Doe appealed SORB’s decision to the Superior Court, which affirmed the classification level, applying the same standard: preponderance of the evidence. The SJC vacated that affirmation, however, and, pursuant to due process considerations, changed the standard or proof from a “preponderance of the evidence” to “clear and convincing” evidence, which is a higher level of proof. The SJC explained that subsequent to its establishment of the preponderance of the evidence standard for classifying sex offenders in Doe, Sex Offender Registry Bd. No. 972 v. Sex Offender Registry Bd., 428 Mass. 90, 91 (1998), “amendments to the sex offender registry law and other developments” have rendered the preponderance standard inadequate to protect sex offenders against the risk of erroneous over classification by SORB. The Court noted that “[o]n balance, … [the] legislative changes have more often imposed extra burdens on registered offenders than provided them with additional protections. More offenses are now subject to a registration requirement. Sex offenders face increasingly stringent affirmative reporting requirements, and the penalties for failing to meet those requirements are harsher.” The SJC went on to state that “[t]he sex offender registry law in its current form … calls for extensive dissemination of … registry information. Both level two and level three sex offenders’ information is now posted on the Internet…. Consequences of such public dissemination may include housing and employment discrimination, harassment, and assault.” Moreover, although “[a] convicted sex offender’s risk classification now has far greater consequences than were present when [the Court] decided Doe No. 972 over seventeen years ago,” “there is reason to question whether SORB’s … classification guidelines [which have not been updated since 2001] continue to reflect accurately” the current state of scientific “scholarship regarding statutory factors that concern risk assessment.”

In light of the above referenced considerations, the SJC concluded that “[a]pplying the higher standard [of proof] to Doe’s risk classification will provide greater certainty that the burdens placed on him by that classification are warranted.” Therefore, the Court “remand[ed] the matter to the Superior Court for entry of an order requiring SORB to conduct an evidentiary hearing [under the clear and convincing evidence standard], and to cease disseminating Doe’s registry information on the Internet during the pendency of such proceedings.” The Court added that “[b]ecause our decision [is based on due process considerations and] is [therefore] a new constitutional rule, the higher standard should be applied retroactively only to classification proceedings pending before SORB, the Superior Court, or the appellate courts on the date of the issuance of the rescript in this case.”

The decision in this case is good news for anyone convicted of a sex offense – such a conviction has significant collateral consequences that, as recognized by the SJC in this decision, may impact a person’s ability to obtain employment and housing, among other things. If you or a loved one is facing a sex offense charge, or has been convicted of a sex offense and is facing classification proceedings, you will need the assistance of a skilled defense attorney to make sure that you benefit from the changes to the legal standard. Attorney Daniel Cappetta handles criminal defense of all sexual assault charges, and knows several attorneys experienced in the field of sex offender classification litigation – call him for a free consultation today.