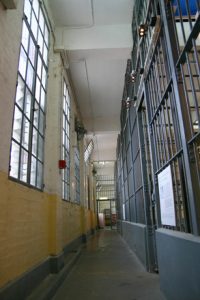 In Commonwealth v. Garcia, the Supreme Judicial Court declined to apply the principles regarding sentencing of juvenile murderers set forth in Miller v. Alabama, 567 U.S. 460 (2012), and Diatchenko v. District Attorney for the Suffolk Dist., 466 Mass. 655 (2013) (Diatchenko I) to the defendant, who committed first degree murder when he was nineteen years old and was sentenced to life imprisonment without the possibility of parole.

The background was as follows. “In July 2010, the fifteen year old daughter of the murder victim … was dating the defendant, who was nineteen.” The daughter lived with the victim and other family members. “At night on July 29, the daughter sent a text message to the defendant stating that their relationship was over.” The next morning, the defendant broke into the victim’s home and stabbed her to death. At trial, the defense conceded that the defendant killed the victim, but argued “that the evidence … show[ed] [that] the defendant was guilty of manslaughter rather than murder…. The defendant presented one witness: an expert who testified about, among other things, brain development of teenagers.” The jury convicted the defendant of first degree murder. “The judge sentenced the defendant to life in prison without the possibility of parole.” On appeal, “[t]he defendant argue[d] … that mandatory sentences of life in prison without the possibility of parole are unconstitutional as applied to defendants who committed murder in the first degree when they were teenagers or in their early twenties.” He contended that “[b]ecause [he] was nineteen years old at the time of his crime[], … his sentence violates the prohibition on ‘cruel and unusual punishments’ under the Eighth and Fourteenth Amendments” and art. 26 of the Massachusetts Declaration of Rights.

In its decision, the SJC stated, “On this record, we decline to hold the defendant’s sentence unconstitutional. In Miller v. Alabama, 567 U.S. 460, 465, 470 (2012), the United States Supreme Court held that mandatory sentences of life without parole violate the Eighth Amendment when imposed on those who are under the age of eighteen when they commit homicide. In Diatchenko v. District Attorney for the Suffolk Dist., 466 Mass. 655, 673 (2013) [Diatchenko I], S.C., 471 Mass. 12 (2015), we decided that sentences of life without parole, whether mandatory or discretionary, violate art. 26 where imposed on individuals who are under the age of eighteen when they commit murder in the first degree…. The rulings in Miller and Diatchenko do not apply to the defendant here, who committed his crimes at the age of nineteen.” The Court acknowledged its “recogni[tion] that ‘[s]cientific and social science research on adolescent brain development … continues.’ Commonwealth v. Okoro, 471 Mass. 51, 59-60 (2015). ‘For example, researchers continue to study the age range at which most individuals reach adult neurobiological maturity, with evidence that although some brain systems have fully matured in most individuals by around age fifteen, other brain functions are not likely to be fully matured until around age twenty-two.’ Id. at 60 n.14. Indeed, the defendant’s expert testified that certain parts of the brain, the frontal lobes, take over twenty years to ‘finish developing.’ According to the expert, these portions of the brain regulate important functions such as ‘controlling impulses, … inhibition of unwanted behaviors, [and] decision-making.’ Although this testimony and similar research may relate to the constitutionality of sentences of life without parole for individuals other than juveniles [i.e., persons who were under the age of eighteen when they committed their crimes], ‘we appear to deal here with a rapidly changing field of study and knowledge.’ Id. at 60. The minimal record on brain development in this case, consisting of one expert’s testimony presented during trial rather than at sentencing, does not allow us to reach an informed conclusion on whether individuals in their late teens or early twenties should be given the same constitutional protections as juveniles for purposes of the Eighth Amendment and art. 26.”

Although the Court’s decision in this case was extremely disappointing, it left open the opportunity for further challenges to such sentences in cases where the record is more fully developed.  It also opens the door to addressing related issues during the course of the case and prior to any trial or sentence imposed.  If you or a loved one is a young adult facing criminal charges, you will need an attorney who will creatively advocate for any legal protections that can potentially be afforded.  Attorney Daniel Cappetta is an experienced adult and juvenile defense attorney and he will work with you to get the best outcome possible. Call him for a free consultation today.