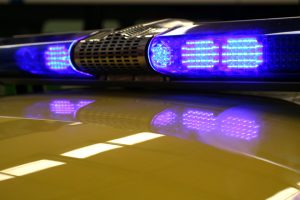 Detail of a ambulance light.

The Supreme Judicial Court recently dealt a blow to motions to suppress in roadblock cases in Commonwealth v. Baker.

In this OUI prosecution, the Appeals Court ruled that the motion judge erred in suppressing evidence of the defendant’s intoxication at a sobriety checkpoint. The basic facts were as follows. Under the direction of State Police Captain Majenski, “a detail of State troopers and police officers from the town of Abington (the town)” “conduct[ed] a saturation patrol and sobriety checkpoint.” The police had a “written operational plan” containing guidelines for implementing the checkpoint. “During the roadblock, the defendant was pulled over and greeted by Sergeant … Cutter of the town police…. Cutter observed signs of intoxication in the defendant and directed him to the ‘pit’ area. The defendant refused ‘to drive the vehicle.’ He then was escorted from the vehicle to the pit area where [another officer] of the town police asked him to perform sobriety tests. After the tests, the defendant was placed under arrest.” Upon issuance of a criminal complaint for operating while under the influence of alcohol and negligent operation, the defendant “moved to suppress evidence of his intoxication, arguing that the evidence was secured from a sobriety checkpoint not conducted in strict and absolute compliance with the written operational plan.” The judge allowed the motion on the ground “that the roadblock deviated from the plan in four respects: (1) a number of officers arrived after the reporting time detailed in the plan, (2) while Captain Majenski was briefing the late officers, he was not performing supervisory duties as instructed, (3) one trooper, who was not the officer involved with stopping the defendant’s vehicle, did not sign the duty roster affirming [that] he had reviewed the plan and other relevant documents, and (4) after the roadblock was completed, several officers failed to submit a report as required by the plan.”

In its decision, the Appeals Court stated that “‘[t]he constitutional jurisprudence regarding … sobriety checkpoints … has focused on the reasonableness of the initial stop of a vehicle, which constitutes a seizure without individualized suspicion.’ [Commonwealth v. Murphy, 454 Mass. 318,] 324-325 [2009].’” “‘Police officers may not … have discretion to target which vehicles to stop.’ [Id. at] 323.” Here, concluded the Court, none of the deviations from the police plan “introduced constitutionally prohibited ‘arbitrariness and discretion’ into the actions of the screening officer (Sergeant Cutter)[,] Commonwealth v. Anderson, 406 Mass. 343, 349 (1989)[,]” who made the initial stop of the defendant’s vehicle. The Court noted that “[t]he roadblock started on time with the minimally required number of officers…. The officers who interacted with the defendant had arrived on time. Furthermore, §5.1 of the State police Division Commander’s Order 13-DFS-008, which governed highway safety programs, allows the possibility of officers arriving after the roadblock has been established. Section 5.1 also authorized Captain Majenski, as the supervisor, to brief the officers after their arrival. We therefore conclude that the late arrivals and … Majenski’s briefing did not render the roadblock unconstitutional. Although one State trooper failed to sign the duty roster, there was no indication that this trooper had not been briefed appropriately or was unaware of his responsibilities under the plan as he turned in the required officer activity report. The failure of four State troopers and all of the town police officers to fill out officer activity reports at the completion of the roadblock also did not introduce the use of discretion during the actual roadblock.”

While the SJC’s ruling is disappointing, it by no means indicates that a motion to suppress based on failure to properly follow sobriety checkpoint operational plans and protocols will never prevail. If you or a loved one is charged with OUI as a result of a roadblock, you will need an experienced attorney to help navigate the changes in the law and put forward the best arguments possible. Attorney Daniel Cappetta has extensive experience litigating OUI cases. Call him for a free consultation today.