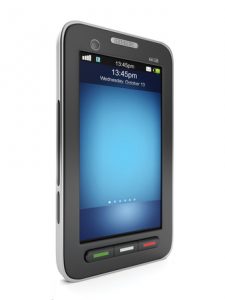 In a recent Supreme Judicial Court decision – Commonwealth v. Fulgiam – the Court held that the search of the content of text messages requires a search warrant. Despite the existence of such a warrant in this case, however, the SJC rule that reversal was not required.

The background was as follows. The two victims (a man and a woman) were robbed and killed in their apartment. There was evidence that the defendants were involved in drug sales with the male victim. “[T]hrough a court order pursuant to 18 U.S.C. §2703(d)” (part of the Stored Communications Act), in response to an administrative subpoena issued pursuant to G.L. c.271, §17B, the Commonwealth procured the defendants’ cellular telephone records. The records “include[ed] call detail information …, subscriber information, cell site location information …, and, for Corbin, the content of text messages.” On appeal, Corbin argued that the Commonwealth’s warrantless access to the content of his text messages “was unlawful on statutory and constitutional grounds, and that his trial counsel was constitutionally ineffective in failing to file a motion to suppress the records.”

In its decision, the SJC opined that under 18 U.S.C. §2073(a) and art. 14 of the Massachusetts Declaration of Rights, “a warrant was required to obtain access to the content of Corbin’s text messages.” The Court explained that “[a] warrant with probable cause was required because Corbin had a reasonable expectation of privacy in the content of his text messages.” Therefore, stated the Court, “a motion to suppress challenging the Commonwealth’s access [to the text messages] on these grounds likely would have been successful.” The Court concluded, however, that defense counsel’s failure to seek suppression of the text messages did not create a substantial likelihood of a miscarriage of justice.

Also in regard to telephone records, the Court opined that the administrative subpoena issued by the Commonwealth pursuant to c.271, §17B, in support of its application for an order to procure Fulgiam’s telephone records, “was of questionable validity where it was signed on behalf of the assistant district attorney by an administrative assistant. Section 17B requires strict compliance with the provision that such administrative subpoenas are issued by attorneys general or district attorneys.” In the Court’s view, however, “the information that the Commonwealth obtained pursuant to the … subpoena did not prejudice Fulgiam.”

In regard to the testimony of the Commonwealth’s fingerprint expert that she had “individualized” (or matched) fingerprints recovered at the crime scene to the defendants’ prints, the SJC opined that this testimony was improperly presented as fact rather than opinion. The Court explained that “the introduction of expert fingerprint testimony stating the results of fingerprint analysis in absolute terms is inconsistent with recent science questioning the accuracy and reliability of fingerprint analysis.” Nonetheless, opined the Court, the error did not create a substantial likelihood of a miscarriage of justice.

If you or a loved one is currently charged with a crime that involves evidence obtained as a result of a warrantless search of a cellular phone, or cellular telephone records, you need a defense attorney make sure that illegally obtained evidence is not used against you at trial. Attorney Daniel Cappetta is an experienced and skilled attorney who has litigated numerous motions to suppress, and knows how to make sure his client’s constitutional rights are protected. Call him for a free consultation today.