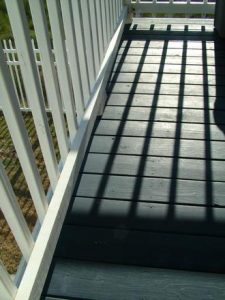 In Commonwealth v. Leslie, the SJC weighed in on privacy interests for residents of multi-family dwellings. In its decision, the SJC affirmed the allowance of the motions to suppress of defendants on the ground that the sawed-off shotgun seized by the police “as a result of [their] unlawful physical intrusion into the curtilage of [Price’s] residence,” a multifamily building, violated the warrant requirement of the Fourth Amendment and art. 14 of the Massachusetts Declaration of Rights.

The basic facts were as follows. “Detective Griffin … observed a group of four men, who “appeared ‘nervous,’” walking down the street toward “a certain residence on Everton Street (residence)…. [T]the residence was a known location of gang associates and … the neighborhood in which the residence is located was a ‘hotspot’ for shootings and firearms offenses. The property at the residence, which is a three-family home, was fenced in on the front and left side…. The left-side porch area was blocked by a large, blue recycling bin, which obstructed the view of the area from Everton Street…. Griffin observed the four men, including Leslie, enter the front gate of the residence and meet a fifth man, Price, on the porch…. Five minutes after the men arrived, Leslie walked off the front porch, swiveling his head from side to side in a surveillance-conscious manner, toward the left side of the front yard to the side porch area. Although …Griffin’s view was [partially] obstructed…, he was able to observe Leslie crouch down and appear to manipulate something under the side porch.” Later, Griffin “observed Price walk over to the side porch area” and behave “as Leslie had done previously.” “[S]uspect[ing] that a firearm was hidden under the left-side porch area,” Griffin “contacted the other members of his unit … for assistance. The officers intended to approach the men at the residence to conduct field interrogation observations…. The officers approached the men on the porch and began to engage them in conversation…. Griffin, however, veered … to the left side of the yard, where Leslie and Price previously had gone. He saw a sawed-off shotgun on the ground under the porch.” Leslie and Price were arrested. “Subsequently, the officers learned that Price lived at the residence in the second-floor apartment, but Leslie was not a resident.” After the grand jury returned indictments against the defendants for firearm offenses, they filed motions to suppress the shotgun. “The judge allowed the motions …, ruling that the search was governed by [Florida v.] Jardines, 133 S.Ct. [1409,] 1417-1418 [2013], in which the United States Supreme Court held that a warrantless search of the front porch of a single-family home with a drug-sniffing dog violated the Fourth Amendment. The [Supreme] Court reasoned that the porch was part of the curtilage to which the police could lawfully approach but that in bringing a drug-sniffing dog, the police exceeded the scope of their implied license to enter the defendant’s property.”

In its decision, the SJC first “decline[d] to limit Jardines’ holding to single-family homes or to fashion a rule categorically excluding areas associated with multifamily homes as curtilage and thus placing them beyond the reach of the protections of the Fourth Amendment and art. 14.” The Court “reject[ed] the Commonwealth’s argument that in cases involving a search in a multifamily home, the validity of the search turns on the defendant’s exclusive control or expectation of privacy in the area searched.” In the Court’s view, “[t]he teaching of Jardines is that when the search is in or about a person’s home, the essential question is whether the area searched is within the [constitutionally protected] home or its curtilage.” Thus, “the essential question [in this case] is whether the side yard of the [residence] was within the curtilage of [defendant Price’s] home. If so, the police intrusion constituted a search requiring a warrant.” In resolving that question, the Court “applied the four-factor test announced in [United States v.] Dunn, 480 U.S. [294,] 301 [1987], to determine whether, in the multifamily home … context, a particularly described area is curtilage.” Those factors are:  “(i) ‘the proximity of the area claimed to be curtilage to the home’; (ii) ‘whether the area is included within an enclosure surrounding the home’; (iii) ‘the nature of the uses to which the area is put’; and (iv) ‘the steps taken by the resident to protect the area from observation by people passing by.’ Id.” The SJC opined that “[a]pplication of the Dunn factors to the facts found here support[ed] the judge’s conclusion that the porch and side yard of the residence were within the curtilage” and “and thus [were] entitled to Fourth Amendment and art. 14 protections against” a warrantless search.

If you or a loved one is similarly charged with evidence obtained as a result of search or seizure of a multi-family dwelling, you will need of an experienced attorney to evaluate the evidence, research the relevant law, and persuasively argue the motion to suppress to the court.  Attorney Daniel Cappetta is well versed in search and seizure law and has successfully litigated numerous motions to suppress.  Call him for a free consultation today.