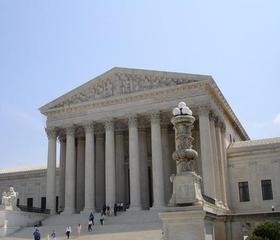 In a recent decision – Ramirez v. Commonwealth – the Supreme Judicial Court reversed the denial of the defendant’s motion to dismiss a complaint charging him with unlawful possession of a stun gun under G.L. c.140, §131J, because the statute’s “absolute prohibition against civilian possession of stun guns … is in violation of the Second Amendment.”

The background was as follows. The vehicle in which the defendant was riding as a passenger was stopped by the police and the subsequent patfrisk of the defendant revealed that he had a stun gun in his pants pocket. The defendant was charged with possession of the stun gun and other offenses. He then filed a motion “to dismiss the stun gun charge, arguing that … [the] criminal prohibition of the possession of stun guns by civilians [under c.140, §131J] violates the Second Amendment.” The motion was denied. “After the defendant petitioned for relief from the single justice pursuant to G.L. c.211, §3, and the Commonwealth joined the petition, the single justice reserved and reported the petition to the full [SJC].”

In its decision ordering dismissal of the stun gun charge, the SJC stated, “In Commonwealthv. Caetano, 470 Mass. 774 (2015) (Caetano I), we held that §131J did not violate the Second Amendment right to bear arms, as interpreted by District of Columbiav. Heller, 554 U.S. 570 (2008). However, the United States Supreme Court, in a brief per curiam opinion, concluded that each of the three explanations we offered to support this holding [was] inconsistent with propositions stated in Heller, and therefore vacated the judgment and remanded the case for further proceedings. See Caetanov. Massachusetts, 136 S.Ct. 1027 (2016) (Caetano II). That case was later dismissed as moot after it was ‘resolved … to [the parties’] mutual satisfaction,’ so we did not there revisit the question of §131J’s constitutionality. But we must revisit it in this case.” The SJC stated that, “[h]aving received guidance from the Supreme Court in Caetano II, we now conclude that stun guns are ‘arms’ within the protection of the Second Amendment. Therefore, under the Second Amendment, the possession of stun guns may be regulated, but not absolutely banned. Restrictions may be placed on the categories of persons who may possess them [such as felons and the mentally ill], licenses may be required for their possession, and those licensed to possess them may be barred from carrying them in sensitive places, such as schools and government buildings. But the absolute prohibition in §131J that bars all civilians from possessing or carrying stun guns, even in their home, is inconsistent with the Second Amendment and is therefore unconstitutional.” The Court concluded, moreover, that it “cannot save §131J through partial invalidation and must declare it to be facially invalid. Because this will invalidate the Legislature’s absolute ban and leave no lesser restriction on the possession of stun guns in its place, and because we recognize that the Legislature may wish to do what we cannot (revise the statute in a manner that will preserve its constitutionality), we will direct that the entry of the judgment after the date of our issuance of the rescript in this case be delayed [for sixty days] in order to allow the Legislature adequate time to amend the statute in light of this opinion, if it so chooses.”

If you or a loved one is charged with a crime, it is critical that you have an attorney who is up to date on the most recent case law and who will put it to use in defending your case.  Attorney Daniel Cappetta has a wide and varied criminal defense practice and is always well versed in developing areas of criminal law.  Call him for a free consultation today.