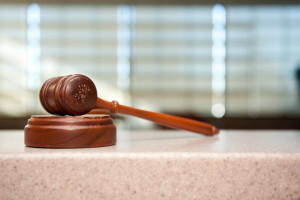 Under G. L. c. 278, § 18 and Rule 12, a defendant facing charges in the District Court has the right a “defendant capped” plea. This means that a defendant in the District Court has the right to withdraw any plea in which the judge exceeds the defendant’s recommended sentence. This is in contrast to Superior Court, where a Commonwealth capped plea is procedure is in effect – a Commonwealth capped plea procedure allows a defendant to withdraw any plea in which the judge exceeds the Commonwealth’s recommended sentence. The standing order at question in the case, which was issued by the presiding justice of the Holyoke District Court, directed that as of June 2015, “a defendant who intended to proffer a defendant-capped plea was required to do so” no later than 2:00 p.m. on the day prior to the scheduled trial. “The standing order further provide[d] that ‘[t]he [c]ourt will continue to accept unagreed pleas on the day of trial[.  H]owever, the pleas will be Commonwealth-capped pleas on the day of trial and the defendant will not be allowed to withdraw a plea which exceeds his suggested sentence unless the [c]ourt’s disposition exceeds the Commonwealth’s recommendation.’” In other words, the standing order allowed for a defendant capped plea up until 2:00p.m. prior to the date of trial, however, if the defendant chose to tender a plea on the actual trial date, s/he would be subject to a Commonwealth capped plea, and would not be able to withdraw his or her plea if it took place on the trial date unless the judge exceeded the Commonwealth’s recommended sentence. The presiding justice explained that the standing order “was proposed as a means to maximize ‘juror utilization.’”

After the issuance of the standing order, Charbonneau was charged with a criminal offense. As his “trial was scheduled to occur after the effective date of the standing order, his option to tender a defendant-capped plea at trial was foreclosed…. Claiming an inviolable statutory right to tender a defendant-capped plea on the day of trial,” Charbonneau sought relief from the single justice of the SJC, pursuant to G.L. c.211, §3. The single justice reserved and reported the case to the full SJC.

In its decision, the SJC stated that the standing order was improper because its “prohibition of a defendant-capped plea on the day of trial unquestionably restrict[ed] the sentencing protections offered by” G. L. c. 278, § 18, and Mass. R. Crim. P. 12. Upon considering the history of the enactment of the statute, the SJC “discern[ed] a legislative purpose to protect, without exception, a defendant’s right to tender a defendant-capped plea.” The Court pointed out that the essence of the defendant-capped plea procedure set forth in the statute and the rule is the requirement that upon the “tender of [a guilty] plea, the judge shall inform the defendant of his or her unconditional right to withdraw the plea if the proposed disposition exceeds the agreed-upon recommendation or that requested by the defendant.” The Court also noted that “[i]n defining the requisites of a defendant-capped plea, neither the statute nor the rule incorporates a time limit.” In that regard, the Court rejected the presiding justice’s view that “the absence of [express] language [governing the timing of a plea tender] permit[ted] a judicially imposed time limitation” as a valid exercise of the District Court’s case management authority.

This decision is a win for defendant’s across the Commonwealth – although the presiding justice of the Holyoke District Court may have been the first judge to issue an actual standing order, many judges across the state have taken the same position as this judge on the date of trial. This decision means that these judges expressly lack the authority to impose a Commonwealth capped plea procedure on the trial date, thus District Court defendants need not worry that the court will refuse to let them withdraw their pleas simply because they chose to wait until the day of trial to tender it. If you or a loved one is charged with a crime and are unsure as to what your best options are, call attorney Daniel Cappetta for a free consultation today. Attorney Cappetta is dedicated to working tirelessly for his clients and makes sure that their rights are defended.